In just the second year of their early dominance in the NFL, the Miami Dolphins managed to achieve something that still to this day has yet to be accomplished in the NFL. The Countdown to Super Bowl LII rolls on with 1973’s Super Bowl VII. 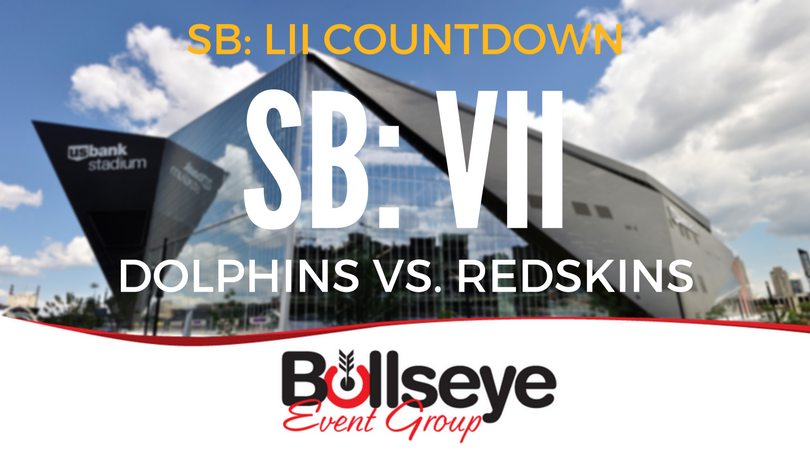 Super Bowl VII was played between the Miami Dolphins and Washington Redskins in January of 1973, a game which saw the Dolphins capture the Lombardi Trophy in a 14-7 victory. Played in front of over 90,000 fans, the Super Bowl returned to the Memorial Coliseum in Los Angeles, California, once again.

The Miami Dolphins were able to capture the NFL’s first (and to this day, only) perfect season, winning every game in the regular season, playoffs and ultimately, a Super Bowl.