The divisional round of the NFL Playoffs are widely considered one of the best weekends in football, and the 2018 edition did not disappoint. And now, as we begin the final approach on the Road to Super Bowl 52, we’re on to Championship Sunday in the NFL. 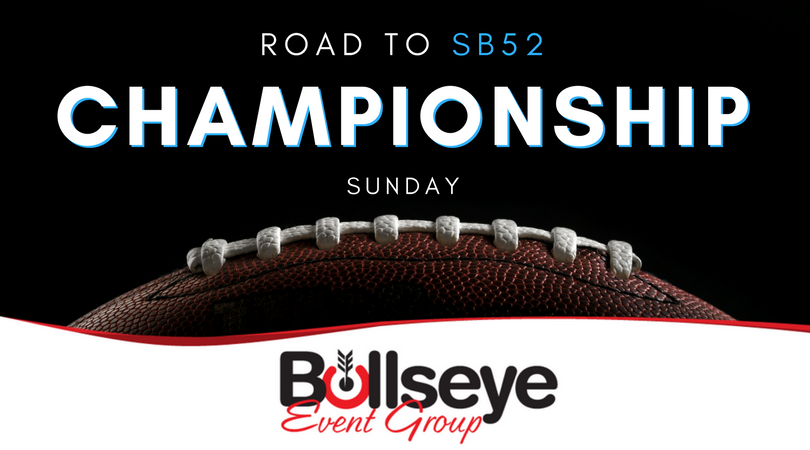 After man handling the Tennessee Titans on Saturday night, quarterback Tom Brady and the New England Patriots would go on to advance to their 7th-straight AFC Championship performance, once again being hosted at Gillette Stadium in Foxborough. Their opponent, however, is the surprise of the 2017 NFL season.

A Sunday afternoon thriller, the Jacksonville Jaguars (yes, you read that right), would defeat the Pittsburgh Steelers 45-42 to advance to their first AFC Championship game since 1999. The defense having been the story of the season for the Jaguars, it was the team’s offense that would make the difference on Sunday, with running back Leonard Fournette gaining 109 yards on the ground and rushing for three touchdowns. Quarterback Blake Bortles, long criticized for his play, threw for 214 yards and one touchdown, with no turnovers.

The #Jaguars, their first AFC Championship since 1999, are heading to New England to take on the #Patriots (#NotDone) in their 7th-straight AFCC game appearance! Who's going to #SB52?

Despite a season-ending injury to MVP candidate quarterback Carson Wentz in the regular season, the Philadelphia Eagles took care of business on Saturday against the defending NFC champion Atlanta Falcons, walking away 15-10 victors and advancing to their first NFC Championship game since 2008. Wentz’ replacement, QB Nick Foles, would throw for 246 yards but no scores, with running back LaGarrette Blount adding the only touchdown of the game for Philly.

Saved by the “Minneapolis Miracle,” the #2-seeded Minnesota Vikings were the improbable winners in what was inarguably the best game of divisional weekend. After leading 17-0 early in the first half, the New Orleans Saints had clawed their way back into the game, leading 24-23 after a late field goal. Driving with just one timeout and 75-yards to go, quarterback Case Keenum and the Vikings offense began their march with just seconds on the clock. After a couple of short plays, Keenum completed a pass to wide receiver Stefon Diggs, who took the pass 61 yards for a touchdown as time expired, pushing the Vikings one step closer to being the first team to play a Super Bowl in their home stadium.

The #MinneapolisMiracle has the #Vikings (#Skol) heading to Philly to take on the #Eagles in the NFC Championship showdown between #1 and #2. Who advances to #SB52?