Kickoff has finally arrived! As the New England Patriots and Kansas City Chiefs get ready to square off in the NFL’s first game of the 2017 season, we’re taking a look at some of the early predictions by the experts for Super Bowl LII in Minneapolis, Minnesota. 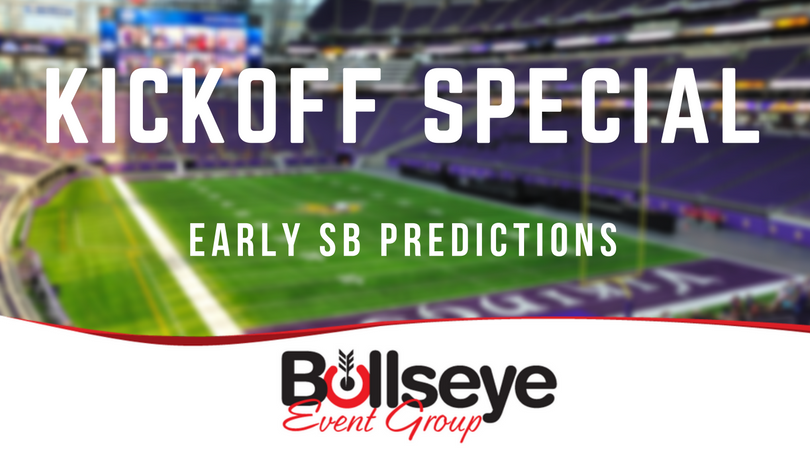 In Bleacher Report’s NFL season preview, a panel of 10 the sports outlet’s most talented and experienced writers and analysts got together to discuss the upcoming season. The matchup of New England vs. Green Bay in Super Bowl LII was the most popular choice.

“The leading vote-getter was the matchup many are hoping for. The television networks certainly are. After all, the Patriots and the Packers would be a programmer’s dream. Two of the NFL’s most successful and popular franchises. And two of the greatest quarterbacks ever to play the game in Brady and Aaron Rodgers. The Packers came up just short last year with a flawed team that was exposed by the Atlanta Falcons in the NFC Championship Game. An improved defense will put them over the top in 2017.” – Read the full preview here.

“It’s practically impossible to pick against a team that won the Super Bowl a year ago and improved its offense and defense in the offseason. This might be the best Patriots team yet — New England will repeat as champion.” – Read the full preview here.

“Derek Carr fakes the handoff to Marshawn at the 1 then hits him on a waggle pass to win it in the waning seconds.” – Read the full preview here.

“Of course, none of these teams compares with the Patriots, that franchise you either outright love or outright hate. I searched for the courage to pick against New England, but common sense kept getting in the way…I’ll go with the Pats over the Pack, who, while talented, run too hot and cold.”  – Read the full preview here.

“In the Super Bowl, the Seahawks get some revenge and knock off a one-loss Patriots team to lift their second Lombardi Trophy. Russell Wilson wins Super Bowl MVP.” – Read the full preview here.