A matchup between a Super Bowl winning coach and his former team highlight Super Bowl XXXVII as the Countdown to Super Bowl 52 in Minneapolis continues, with the Tampa Bay Buccaneers and Oakland Raiders squaring off. 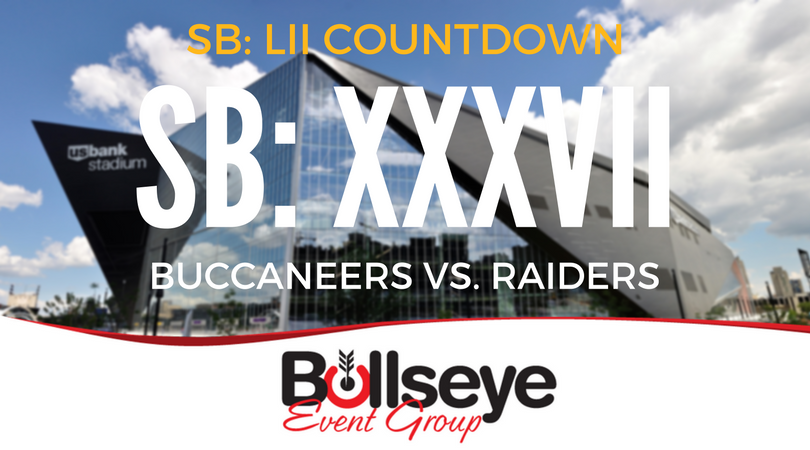 The referee at the time was Bill Carollo, a Super Bowl played in front of a total of 67,603 fans. The Dixie Chicks played the National Anthem and Shania Twain was the star of the halftime show. The final score of Super Bowl XXXVII was 48-21, with the Buccaneers walking away victorious.

John Madden, the legendary former head coach of the Oakland Raiders, was yet again one of the announcers for the Super Bowl this time around. Al Michaels and Melissa Stark both joined him, along with Lynn Swann. There were a total of 88.6 million viewers watching the Super Bowl this time around, and the cost of a 30 second commercial was around $2.1 million. The game aired on the ABC network and the Nielsen rating was 40.7.