As we approach a slew of Thanksgiving day games, the Road to Super Bowl 52 in Minneapolis continues to narrow. Up next on the 2018 Super Bowl Countdown; Super Bowl XXXI between the New England Patriots and Green Bay Packers. 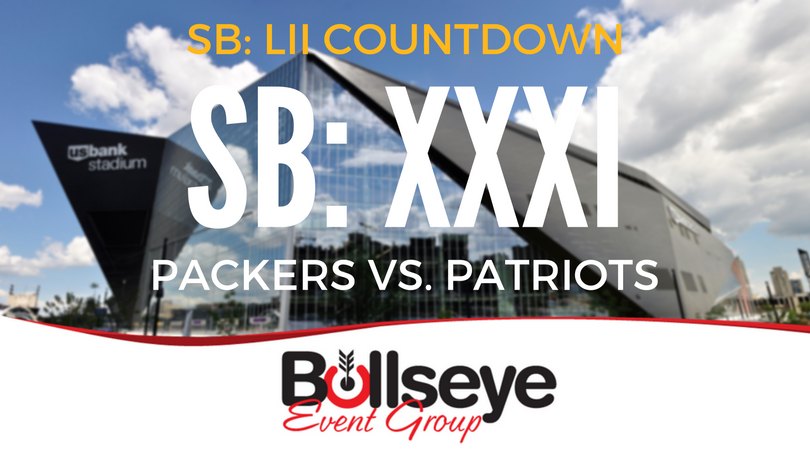 Pat Summerall and John Madden would handle broadcasting duties for Super Bowl XXXI, broadcast on FOX to over 87 million viewers worldwide. The halftime show would be handled by a bevy of stars, with performances from the Blues Brothers, James Borwn and ZZ Top, while Luther Vandross would handle the National Anthem.