For the first time in Super Bowl history, two teams would face off in consecutive years in the big game. The Road to Super Bowl 52 in Minneapolis goes through Atlanta, Georgia, as the Dallas Cowboys and Buffalo Bills meet in Super Bowl XXVIII. 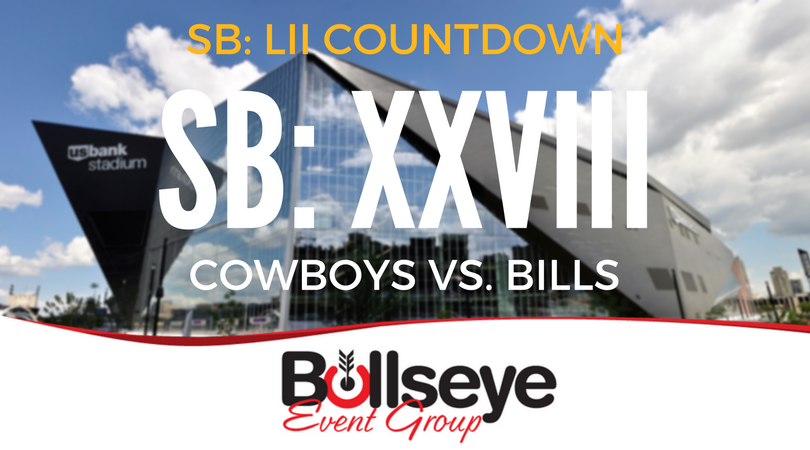 Halftime entertainment for Super Bowl XXVIII was a big deal in 1994, as the Judds, Winona and Naomi, would perform. The game was broadcast on NBC to over 90 million football fans worldwide, with Dick Enberg and Bob Trumpy handling broadcasting duties. The cost of a 30-second commercial spot for the Super Bowl in 1994 was up to $900,000!