The Countdown to 2018 in Minneapolis and Super Bowl 52 rolls into Week 9 in the NFL, looking back at Super Bowl XXIV between the San Francisco 49ers and Denver Broncos. 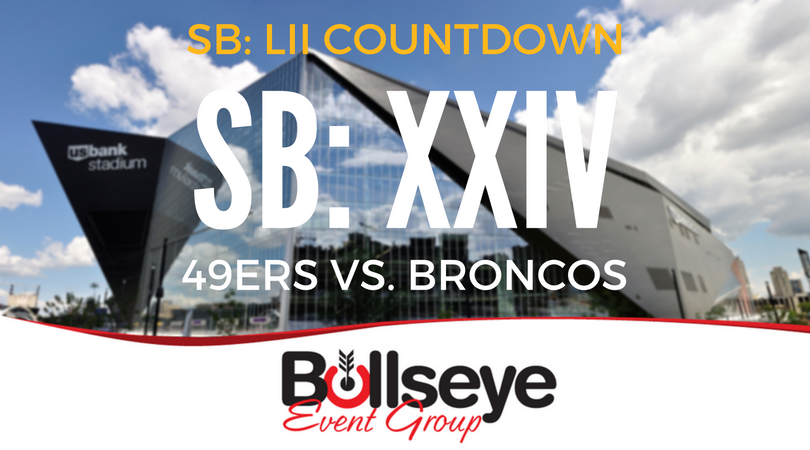 After the 1989-90 NFL season, San Francisco 49ers and the Denver Broncos would go head-to-head in Super Bowl XXIV, once again played in New Orleans, Louisiana at the Louisiana Super Dome. The final score of the game was 55-10 with the 49ers taking home the win. There were a total of 72, 919 people in attendance for Super Bowl XXIV.

MVP of Super Bowl XXIV was Joe Montana, quarterback for the 49ers, his third Super Bowl MVP award. In the 1989 NFL season, Montana became just the third person in NFL history to win both the Super Bowl MVP and league MVP awards in the same season.