In their second straight Super Bowl appearance, the Denver Broncos are squaring off with the Washington Redskins in the latest on our 2018 Super Bowl Countdown, Super Bowl XXI. 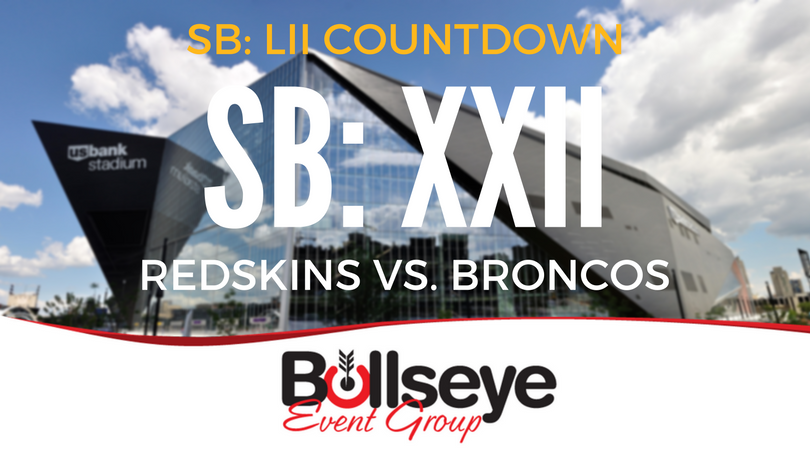 Played in front of over 73,000 fans at San Diego’s Jack Murphy Stadium, the Washington Redskins would go on to defeat the two-time defending AFC champion Denver Broncos in Super Bowl XXII, handily beating Denver by a score of 42-10.

This was Washington’s 4th Super Bowl appearance in the 22 Super Bowls to date. Despite entering the season as the team’s backup, Redskins quarterback Doug Williams would go on to capture Super Bowl MVP honors, completing 18 of his 29 pass attempts for a record 340 yards and four touchdowns in the big game. In just the second quarter alone, the Redskins would score 35 of their 42 points, with the rest of the game not even being remotely close.