As the Road to the 2018 Super Bowl 52 in Minneapolis rolls on, we’re headed to New Orleans, Louisiana, for Super Bowl XX. 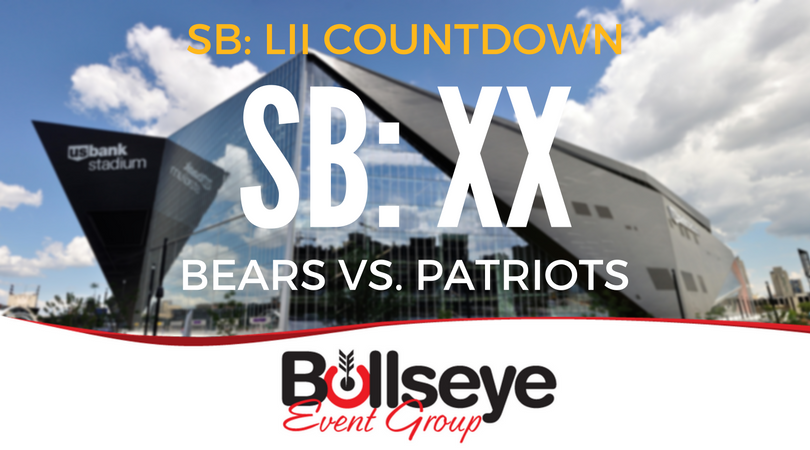 Both the Chicago Bears and New England Patriots had never made a Super Bowl appearance. Yet in the 1985-86 season, both teams were dominant, heading for a showdown in Super Bowl XX. Played on January 26, 1986, the Chicago Bears would capture their first Super Bowl victory, completing the 46-10 blowout of the Patriots in a game that featured one of the more famed defenses of all time.

The Bears’ dominance wasn’t a surprise for many; in the 1985 NFL season, Chicago won an impressive 15 regular season games, backed by a defense that to this day is still revered as one of the greatest of all time. Richard Dent, defensive end for the Bears, walked away with Super Bowl XX MVP honors, after a defensive effort in which Dent recovered two fumbles, blocked a pass and recorded one and a half sacks.