As the NFL begins to enter the middle of the 2017 NFL season, we’re headed to Tampa, Florida, host of Super Bowl LV in 2021, for Super Bowl XVIII between the Washington Redskins (again) and the Los Angeles Raiders. 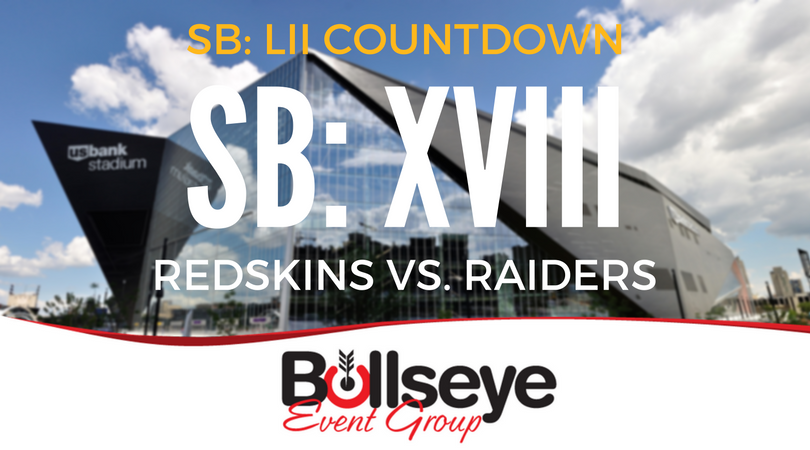 With a final score of 38-9, the Los Angeles Raiders were dominant in Super Bowl XVIII, capturing the victory over the Washington Redskins. The big game, played on January 22, 1984, was played at Tampa Stadium in Tampa, Florida, the host city for the 2021 Super Bowl, with nearly 73,000 fans in attendance. This was the first time the Super Bowl had ever been played in Tampa.

Washington entered Super Bowl XVIII as defending champions and an odds-on favorite to win their second in a row. However, the Raiders would jump out to an early lead at halftime and never look back. Running back Marcus Allen would take Super Bowl XVIII MVP honors, carrying the ball 20 times for a then-Super Bowl record 191 yards and two touchdowns.

Commercials for Super Bowl XVIII came in around $368,000 for a 30-second spot, where one of the most famous Super Bowl ads of all time, the Apple Macintosh commercial, would go on to air.