As Week 5 on the Road to the 2018 Super Bowl in Minneapolis gets ready to kick off in the NFL, we’re headed to Pontiac, Michigan for Super Bowl XVI between the San Francisco 49ers and Cincinnati Bengals. 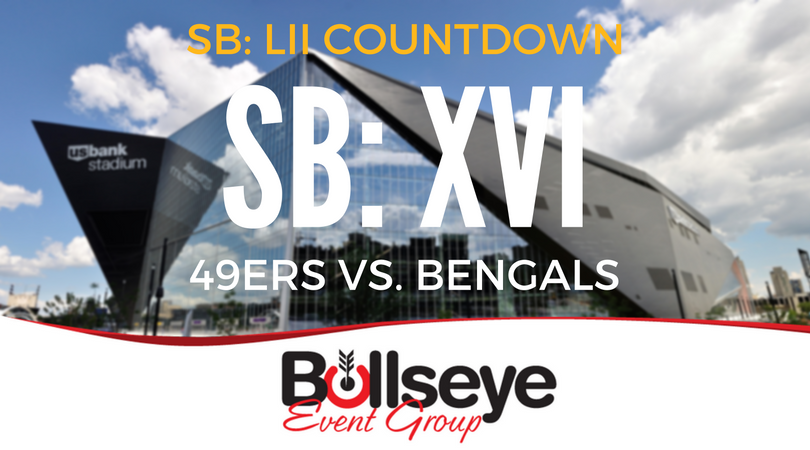 The San Francisco 49ers would capture the Lombardi Trophy in Super Bowl XVI, defeating the AFC champion Cincinnati Bengals by a score of 26-21. Over 81,000 were in attendance for the 16th installment of the Super Bowl, this time being played at the Pontiac Silverdome, in Pontiac, Michigan.