With just one week left in the 2017 NFL regular season, we are just a matter of days from the road to Super Bowl 52 in Minneapolis! Next up on our 2018 Super Bowl Countdown; the Pittsburgh Steelers show down against the Seattle Seahawks in Super Bowl XL. 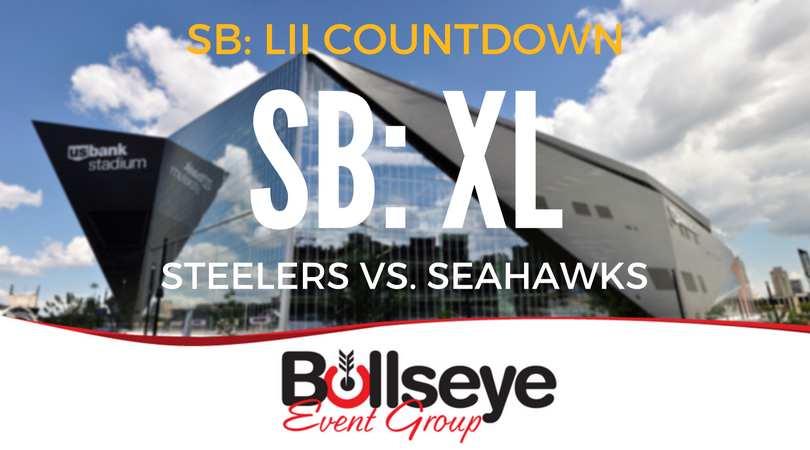