The Tonight Show LIVE from Phoenix After Super Bowl XLIX

Here at Bullseye Event Group, we are huge fans of all-things-Jimmy and his wacky style of entertainment. We’re looking forward to seeing how many goofy things he can get celebrities to do on national television, from our favorite games to musical numbers (anybody up for another Lip Sync Battle?) and everything in-between.

The trip to Phoenix for Super Bowl XLIX comes one year after Jimmy debuted as late night’s favorite entertainment host, which attracted over 11 million viewers. Now into his second season, Jimmy and his show have already been nominated for 5 Emmy awards … and counting. 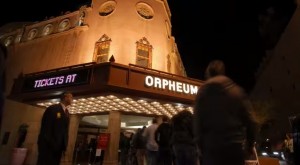 If you have never been to the magnificent Orpheum Theatre, the time to go is right after Super Bowl XLIX! Twelve years of preservation efforts and $14 million worth of restoration have rendered this historic venue a hot spot for not only The Tonight Show, but a plethora of fabulous entertainment and events for the whole family – check out the list and get your tickets on BullseyeEventGroup.com. As soon as tickets for The Tonight Show with Jimmy Fallon live from Phoenix are available, we’ll let you know how to buy them right here on our site.

By the way, after the gig in Phoenix, Jimmy Fallon heads to Los Angeles for a week’s worth of shows from Universal Studios in Hollywood, marking the Tonight Show’s first visit to the west coast since it returned to 30 Rockefeller Plaza in New York.