Things to do in Miami: Super Bowl 54

Super Bowl 54 weekend is fast approaching, and that means it’s time to start setting your plans for your trip to Miami! Here’s a quick look at some of the things you can do during your free time in the days leading up to Super Bowl 54 at Hard Rock Stadium. 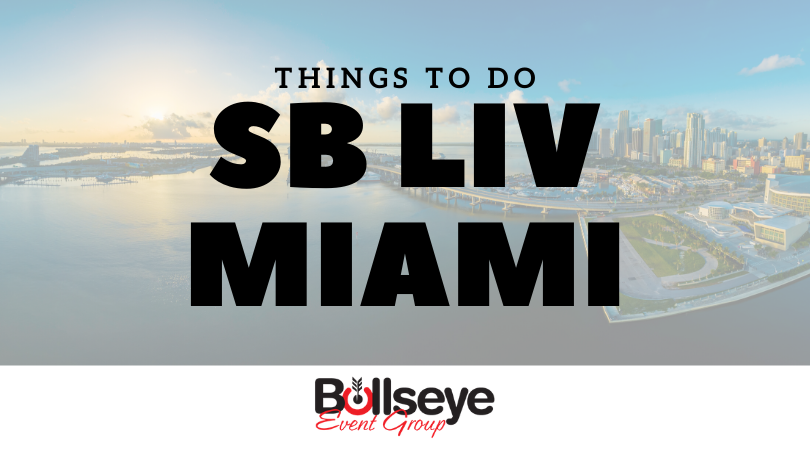 Celebrity chef Guy Fieri Fieri will once again return to host the Players Tailgate with ESPN’s Sage Steele as emcee, joined by the greatest caterer in America, chef Aaron May, and a team of celebrity chefs hand-selected by Guy Fieri and Aaron May. Fieri will be on-hand to not only provide this culinary experience of a lifetime, but to hang out and meet all VIP guests at the 2020 Players Tailgate.

The Phillip and Patricia Frost Museum of Science is a leading science museum dedicated to sharing the power of science, sparking wonder and investigation, and fueling innovation for the future. Located in Downtown Miami’s waterfront Museum Park, Frost Science is divided into four buildings: the Frost Planetarium, Aquarium, and North and West Wings. Here, guests can learn about the core science behind living systems, the solar system and known universe, the physics of flight, light and lasers, the biology of the human body and mind, and much more. Guests can explore the world of science, technology, engineering and math (STEM) in an experiential setting with interactive exhibitions and unique shows. Frost Science is also dedicated to education, earning national awards for its summer camps and after-school programs.

Take in a Speedboat Sightseeing Tour

Get whisked offshore in a powerful speedboat on a Miami sightseeing cruise. See South Point Park, enjoy skyline views, and cruise in the Atlantic Ocean,  with multiple departures offered daily. Departs from Downtown Miami, at the centrally-located Bayside Marketplace.

Make your way to the Bayside Marketplace in downtown Miami to board your vessel. Settle in to your plush, comfortable seat as your captain pilots the boat past the cruise ship channel Flagler Monument Island and the US Coast Guard Station.

Slow down for a closer inspection of the Millionaire’s Row of mansions on Star Island and the Venetian Islands. Your captain will give you the inside scoop on who lives where and what the ostentatious homes are worth.

Zoom out to Fisher Island and South Point Park, location of the highest per capita income of any location in the country. Speed up to top speed while traveling through the Government Cut, then head out for the open Atlantic Ocean.

Cruise down the sandy shores of South Beach, lined with photo-worthy Art Deco mansions. While you return to your departure point through Fisherman’s Channel, get panoramic views of the downtown Miami skyline. — TripAdvisor

“Join us on a 2.5-3 hour culinary and cultural walking tour of Little Havana where you will discover the traditions, history, music and flavors of Cuba in Miami. We will enjoy the rhythm of salsa playing, eat delicious food and share the stories that only true locals know.” — TripAdvisor