Get ready for the ultimate tailgating experience on Super Sunday at Super Bowl 54 in Miami! 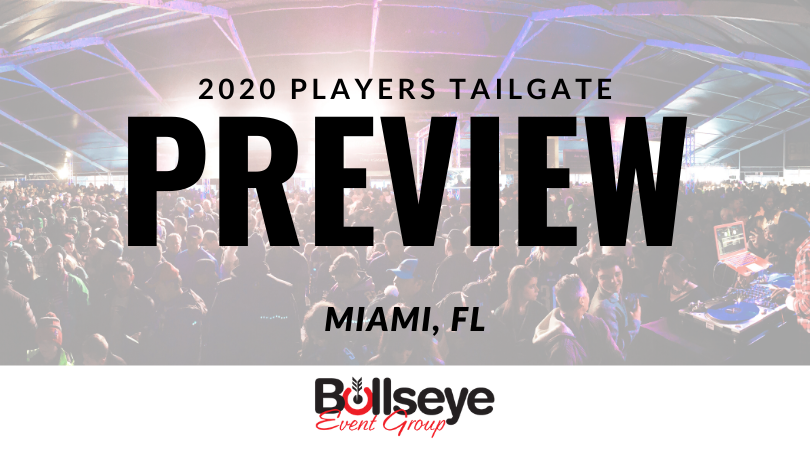 Celebrity chef Guy Fieri returns once again as host to help with the creation of an exclusive VIP menu, and will be on-hand to not only provide this culinary experience of a lifetime, but to hang out and meet all VIP guests at the 2020 Players Tailgate. The most recognizable chef in America, Fieri can be seen almost every day on Food Network, featuring shows such as Diners, Drive-Ins and Dives, Guy’s Grocery Games, Guy’s Big Project, Guy’s Big Bite and more.

Celebrity chef Aaron May, known widely as one of the greatest event caterer’s in all of the United States, returns once again with Bullseye Event Group, to help Fieri and others create a once-in-a-lifetime menu. May, a member of the Arizona Culinary Hall of Fame, can be seen in Food Network’s Guy’s Big Bite, Guy’s Grocery Games, Diners, Drive-ins and Dives, and more.

Artisan charcuterie and cheese board

One of ESPN’s most popular and respected personalities, Sage Steele is currently serving as the anchor for the 6 p.m. ET SportsCenter with her co-anchor Kevin Negandhi. Steele also serves as the lead host for SportsCenter on the Road, which includes on-site, day-long and pre-event coverage for the biggest sports events of the year, including the NBA Finals, the Super Bowl, World Series, the Masters, the College Football National Championship and many more.

The world-renowned DJ Irie returns in 2020 for the Players Tailgate! As the first professional sports franchise DJ in the United States, DJ Irie is the official DJ of some of the most iconic brands in the world, such as Carnival Cruise Lines, the Miami Heat, Target, Mountain Dew Kickstart, Evian, Jamie Foxx and more. Founder of the Irie Foundation and Irie Weekend, DJ Irie has become one of the most established DJ’s in the industry.

The 2020 venue for The Players Tailgate, as always, is in a prime game day location. A glass structure will be constructed along with decking to transform 2.5 acres into a once-in-a-lifetime tailgating experience. The backdrop of the tailgate will be Hard Rock Stadium and will be a short 4 block walk to the security perimeter.

The entrance of the 2020 Players Tailgate is at Northwest 27th Avenue & 191st Street next to the 24 Hour Fitness. You do NOT need a Super Bowl Ticket to attend and all ages are welcome.

Bullseye Event Group has earned a reputation as being an industry leader in event hospitality prior to some of the biggest sporting events in the United States. Best described as “culinary events,” Bullseye’s official VIP events offer the opportunity to both see and be seen by some of the biggest names in the entertainment and sporting industries.