While some leagues enter a quiet stretch each offseason, the NFL remains abuzz with signings, rumors and offseason storylines. A quick roundup of some of the most newsworthy stories around the league from the week of May 27th, 2019. 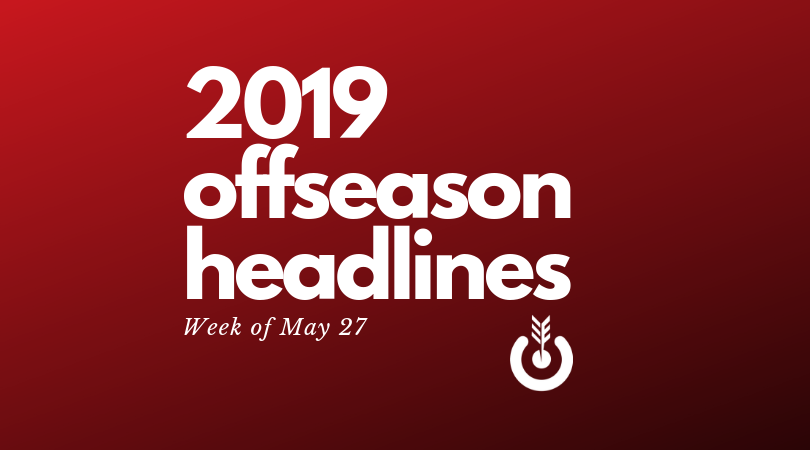 “Having spent a year away from the game in the Monday Night Football analyst chair, Dallas Cowboys tight end Jason Witten knows there are questions about his ability to continue to play at a high level.

Read the rest of the story from ESPN.com’s Todd Archer

“Two weeks after firing Mike Maccagnan as general manager, the New York Jets are poised to begin the interview process for a replacement.

Read the rest of the story from ESPN.com’s Rich Cimini

“Longtime Tampa Bay Buccaneers defensive tackle Gerald McCoy, who was cut by the only team he’s ever played for earlier in May, has been taking free-agent visits this week. According to a report from NFL Network’s Ian Rapoport, McCoy wrapped up his visit with the Baltimore Ravens on Wednesday, and will now decide whether to sign with the Ravens or Cleveland Browns — unless neither team offers him an agreeable contract.”

Read the rest of the story from CBS Sports’ Jared Dubin

Foles said that she went into “sudden labor” on Sunday while being only 15 weeks pregnant with the couple’s second child. She explained that she had been feeling ill and later learned she had contracted an infection of pneumonia in the blood.

“Not long after we learned we had miscarried our baby boy,” she wrote. “To fully labor and deliver and even see our baby boy was a pretty devastating process.”

Read the rest of the story from NBC News’ Doha Madani