With teams beginning to report for mandatory organized team activities (OTA’s), we get closer to kicking off the Road to Super Bowl 53 in Atlanta. Taking a quick look at how the AFC North stacks up compared to 2017, and which teams might surprise in 2018. 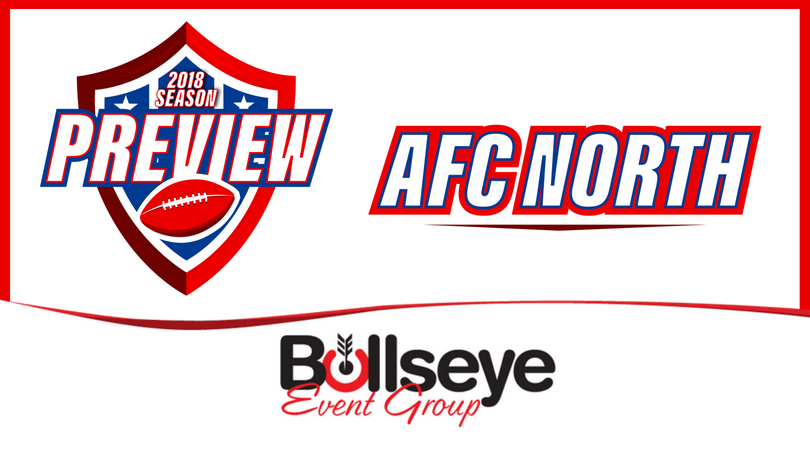 A relatively quiet offseason for the Steelers in 2018 was headlined by the expected news of the return of quarterback Ben Roethlishberger,  but the future remains unclear for the team. With the core of Roethlisberger, wide receiver Antonio Brown and a disgruntled running back Le’Veon Bell still on the roster, the team still boasts the potential for an explosive offense. But losing wide receiver Martavis Bryant and a trio of defensive backs in Mike Mitchell, William Gay and Robert Golden leaves the team’s defensive identity and subsequent success hanging in the balance.

An offseason of turnover for the Baltimore Ravens, headlined by an unclear direction for the team’s quarterback position, leaves fans wondering what the team might look like heading into the 2018 regular season. The Ravens have Joe Flacco, a Super Bowl winning quarterback, currently as their starter. However, that didn’t stop the team’s front office from both only signing Robert Griffin III this offseason, but trading into the first round to grab Louisville’s Lamar Jackson as well.

The trend of a relatively quiet offseason in the AFC North continues in Cincinnati, where the team didn’t make many moves to improve or hurt their depth chart. The team’s biggest transactions this offseason came in the form of signing tight end Tyler Effect to a one-year contract extension and trading for Buffalo Bills offensive tackle Cordy Glenn, adding some much needed depth on the front lines following the loss of offensive linemen Eric Winston, Russell Bodine and Andre Smith.

Arguably the team with the biggest makeover of the 2018 NFL offseason, the Cleveland Browns have (rightly so) completely revamped their roster. Holding the #1 and #4 overall picks in the 2018 NFL Draft, the Browns were able to grab two players they believe can be the cornerstones of a turnaround in quarterback Baker Mayfield and defensive back Denzel Ward, pairing the two first-round picks with the 2017 #1 overall pick Myles Garrett. But it wasn’t just the draft where the Browns looked to improve.

The team was also incredible active on the trade and free agency markets before the draft, acquiring Pro Bowl wide receiver Jarvis Landry from the Miami Dolphins, quarterback Tyrod Taylor from the Buffalo Bills and defensive back Damarious Randall from the Green Bay Packers. The team was also able to bring in former 49ers running back Carlos Hyde, defensive back E.J. Gaines and defensive end Chris Smith through free agency.