As the Indianapolis Colts look to get back on track after a disappointing Week 6 game, the team faces off against the division-leader Jacksonville Jaguars. 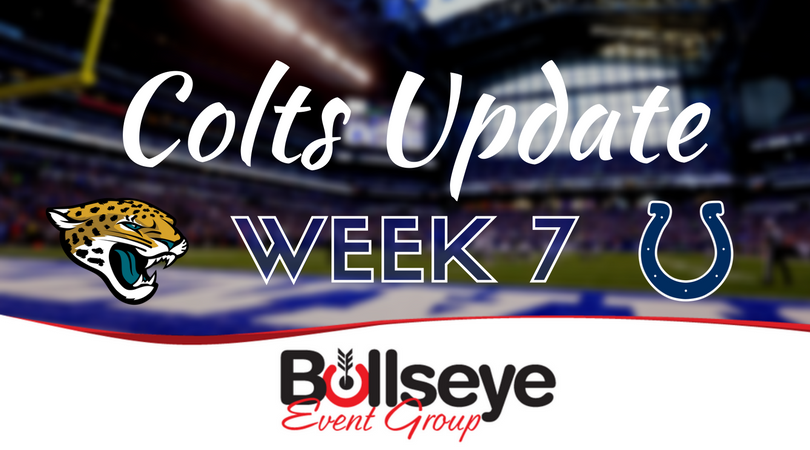 Looking to rebound after a tough Monday Night defeat at the hands of the Tennessee Titans in Week 6, the Indianapolis Colts came out in Week 7 at home against the Jacksonville Jaguars looking unprepared, battered and defeated. The Jaguars took the lead early in the first half and never looked back, shutting out the Colts for the first time in 24 seasons.

First shutout loss for the Colts in 24 seasons, a streak of 375 games.

Not even the 2011 Colts were shutout.

As if the team moving to 2-5 on the 2017 season was tough enough, the Colts were dealt a tough blow on the injury front on Sunday. Of those injured in Sunday’s game, the most notable starters were defensive backs Rashaan Melvin and Malik Hooker, linebacker John Simon, and center Ryan Kelly.

#Colts S Malik Hooker suffered a torn ACL and MCL today, sources say. The impressive rookie season for the first rounder is over.

The good news for the Colts is that the season is not completely lost. Despite sitting at 2-5, the division-leading Jaguars and Titans sit at 4-3, still within reach. The Colts will travel to neighboring Cincinnati in Week 8 to take on the 2-4 Cincinnati Bengals, who are struggling and looking for a statement victory of their own.