Bullseye Event Group is excited to announce the much anticipated release of our location for the 2019 Players Tailgate for Super Bowl weekend in Atlanta, Georgia! 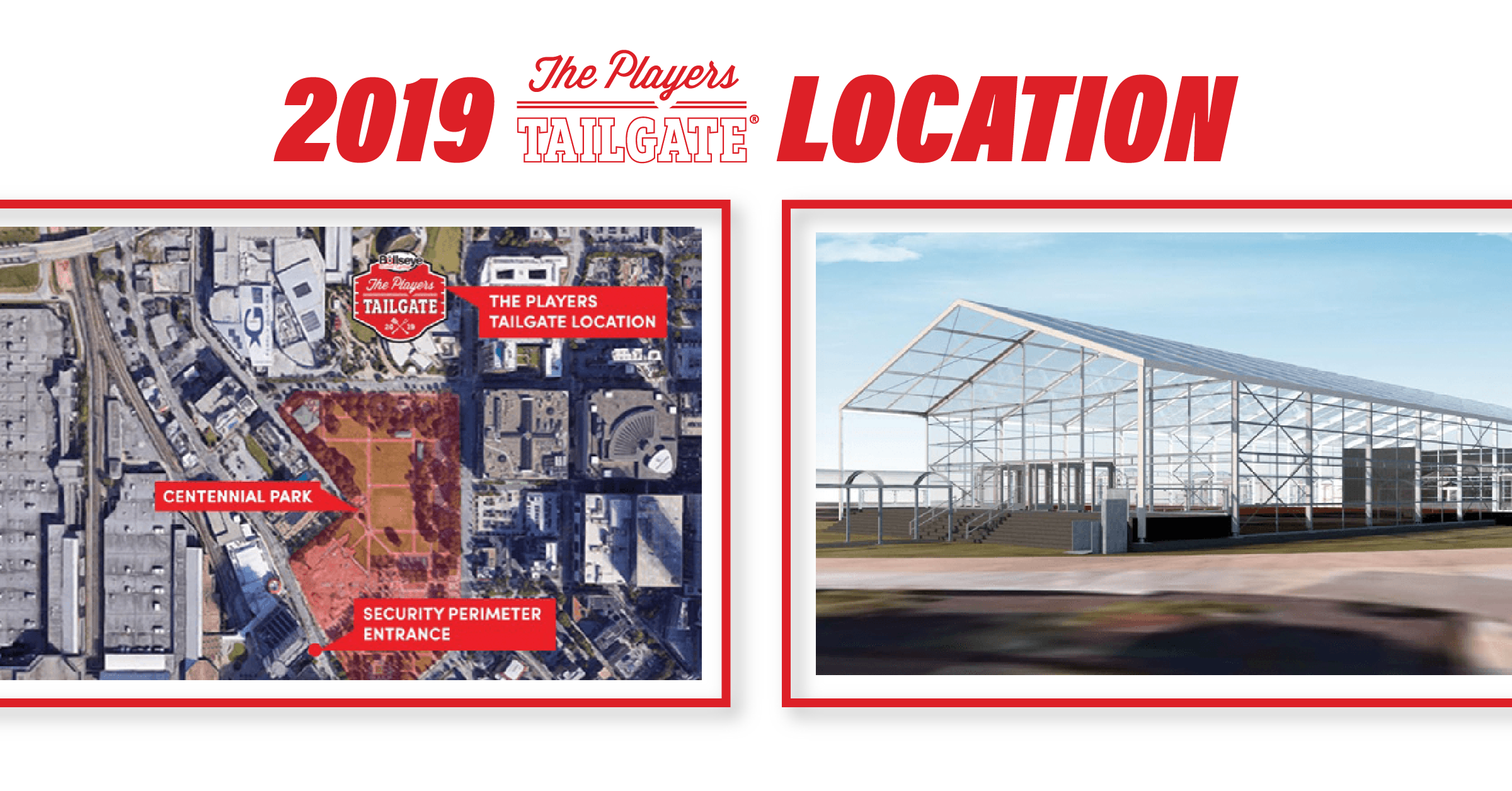 The Bullseye Event Group Entertainment Pavilion for this year’s Players Tailgate is a glass paneled structure being constructed at Pemberton Place which is located right in the heart of everything for Super Bowl weekend in downtown Atlanta.

“Each year, Bullseye Event Group continues to do things to separate ourselves from the rest and remain to the leader for entertainment and hospitality during the biggest sporting event of the year,” said Bullseye Event Group CEO Kyle Kinnett. “The Glass paneled pavilion is a major statement and easily the nicest venue we have had to date, we’re excited to share it with all of our guests for this incredible event.”

The glass paneled structure will be at Pemberton Place, which is parallel Centennial Olympic Park, between the World of Coke, the Civil & Human Rights Museum and the Georgia Aquarium. The Players Tailgate indoor/outdoor entertainment pavilion is just 4 blocks from the security perimeter of Mercedes-Benz Stadium, and the décor includes multiple marble bars, plush leather furniture, crushed red velvet banquettes all the way down to the entire venue decked out in sisal carpet. The stage where 2019 emcee Sage Steele will interview many of the current, active football players will be the biggest statement that guests will experience in the entertainment pavilion, among many other amenities, including:

Celebrity chef Guy Fieri will once again return to host the Players Tailgate with ESPN’s Sage Steele as emcee, joined by the greatest caterer in America, chef Aaron May, and a team of celebrity chefs hand-selected by Guy Fieri and Aaron May. Fieri will be on-hand to not only provide this culinary experience of a lifetime, but to hang out and meet all VIP guests at the 2019 Players Tailgate. The menu release is scheduled for 12/26/2019 on BullseyeEventGroup.com.

With over 40 active players and some of the world’s biggest celebrities, Bullseye’s 2019 Players Tailgate, rated the #1 event Super Bowl weekend in Houston (2017) and Minneapolis (2018), promises to be the biggest and best pre-game event in Atlanta ahead of Super Bowl 53 in 2019.

In recent years, the Players Tailgate party at the Super Bowl has earned a reputation of hosting some of the biggest celebrities in the industry, including 2016 emcee Erin Andrews, 2018 emcee Charissa Thompson, Victoria’s Secret model Adriana Lima, world-renowned tennis pro Caroline Wozniacki, the Zac Brown Band and Super Bowl champions and perennial Pro Bowl players of the past and present.

In addition, chef Guy Fieri has once again selected Operation BBQ Relief to return to the 2019 Players Tailgate. Utilizing their expertise in cooking and catering quality barbecue, Operation BBQ Relief responds to natural disasters and other situations across the United States to help feed displaced residents and emergency responders a warm meal, as well as lend a helping hand. Since they were founded in May of 2011, Operation BBQ Relief has served over 2.9 million meals in over 25 states and 54 communities. Most recently, Operation BBQ Relief has traveled and served thousands affected by hurricanes Florence (Carolinas), Michael (Florida Panhandle) and the California wildfires