With April’s 2018 NFL Draft officially in the rearview mirror, teams are beginning to set their sights on Atlanta for the pinnacle, Super Bowl 53 in 2019. What teams walked away from the draft winners, losers and maybes? 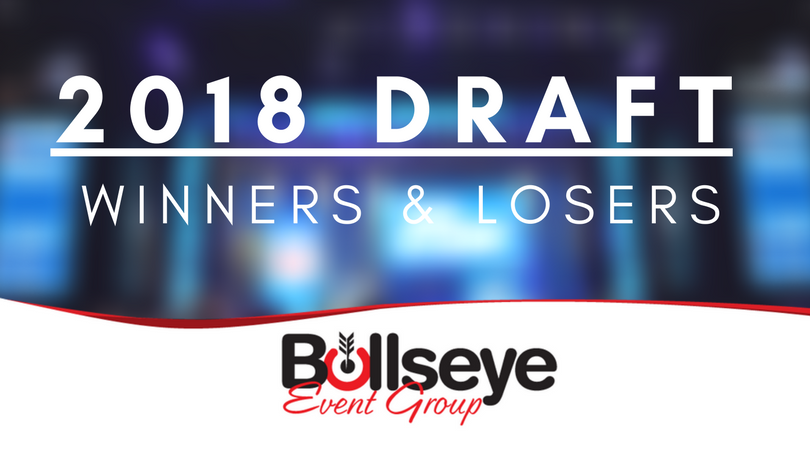 Arizona Cardinals: On the hunt for a franchise quarterback after the retirement of Carson Palmer, the team managed to not only move up five spots by giving up just a third- and fifth-round pick, but they also manage to snag one of the consensus top three quarterbacks on the board. Former UCLA standout Josh Rosen, who has arguably been one of the more outspoken quarterbacks in this draft, fell right into their lap. And general manager Steve Kim wasn’t done adding wide receiver Christian Kirk out of Texas A&M, and a solid, versatile offensive lineman in Mason Cole.

Indianapolis Colts: For second-year general manager Chris Ballard, the emphasis for the Colts seemed to be clear in this draft; solidify the front lines on both sides of the ball. Ballard took arguably the best physical prospect in this draft, Notre Dame’s Quenton Nelson, when the offensive linemen fell to them at #6, and continued the run, grabbing Auburn’s Braden Smith in the second round. Ballard’s moves proved to be fruitful for the team’s draft positioning, with five picks in the first two rounds, and the team used the remaining three to round out the defense with linebacker Darius Leonard(LB, South Carolina State), Kemoko Turay (DE, Rutgers), and Tyquan Lewis (DE, Ohio State).

Oakland Raiders: In a draft that many expected to see the Raiders and new head coach Jon Gruden stand out, the team was seemingly quiet. After starting the draft dropping five spots and only receiving a third- and fifth-round pick in return from the Arizona Cardinals, the team took offensive tackle Kolton Miller out of UCLA. While Miller is a solid prospect, the Raiders have gaping needs on the defensive side of the ball, and plenty of defensive talent was on the board. The Raiders then flipped their third-round pick to the Steelers for controversial wide receiver Martavis Bryant, who, though has tremendous upside, has had his fair share of controversies.

New Orleans Saints: Although the Saints were able to grab one of the top defensive prospects in this draft in UTSA’s Marcus Davenport, the team paid a pretty penny to grab him, giving up two first-round picks to acquire him. Pair that with the team’s lack of a second-round pick in this year’s draft, and the Saints ultimately give up two first round picks to come away with just one player in the first two rounds, and a player who, though raw, has solid potential at best.

Cleveland Browns: The jury is still out. While the Cleveland Browns held both the #1 and #4 overall picks in this year’s draft, it felt as though they still managed to shock the country and experts alike, taking Oklahoma quarterback Baker Mayfield and following that up with a first-round stunner in Ohio State defensive back Denzel Ward at #4. Both players have tremendous upside and athletic ability, but because they’re the Cleveland Browns, we’ll wait to judge this draft until we see the finished products.

New York Jets: One could argue that the New York Jets were one of the winners of the draft, given the team’s having USC quarterback Sam Darnold falling to them at #3, despite many considering Darnold the top quarterback prospect in the draft class. However, Darnold’s 22 turnovers (13 interceptions, nine fumbles) have to leave Jets fans skeptical of Darnold becoming the quarterback of the franchise. But the real loss comes at the price the Jets paid for Darnold, giving up the #6 pick, as well as the #37 and #49 overall picks, and a 2019 second-round pick, just to move up three spots. And as the draft began to unfold, it became increasingly clear a quarterback would have probably been available at #6, albeit hypothetical.