We’re here to answer your questions, and tell you what you need to know before you come to the Colts VIP Tailgate on game day.


Where is the tailgate?

The tailgate is hosted at the Crane Bay Event Center at 551 W Merrill St, Indianapolis, IN 46225. (map) The Crane Bay Center had two open patio areas along with seating and couches to sit indoors.

Where is Lucas Oil from there?

From the Crane Bay, Lucas Oil Stadium is a short two block walk to the east down Merrill St. in downtown Indianapolis.

What time does it start?

The tailgates start three hours before kickoff for all the Colts home games. You can double check the times here. The tailgate ends at the start of the game.


Who’s going to be there?

We have visits from the Colts cheerleaders, former Colts players, and NFL alumni, live broadcast site of ESPN 1070’s The Fan with JMV and Big Joe Staysniak, and the event is emceed by Laura Steele.


What’s going to be there?


What’s there to eat?


What’s there to drink? 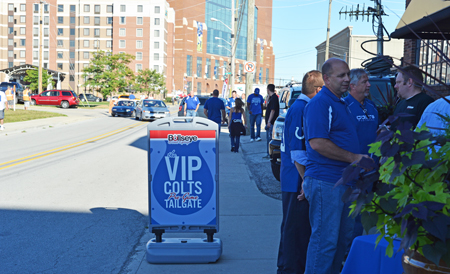 Remember to bring the noise.

The Colts always play better at home games supported by the best fans anywhere. Or if you’re a fan for the other team, that’s good too!

And wear your best game face. 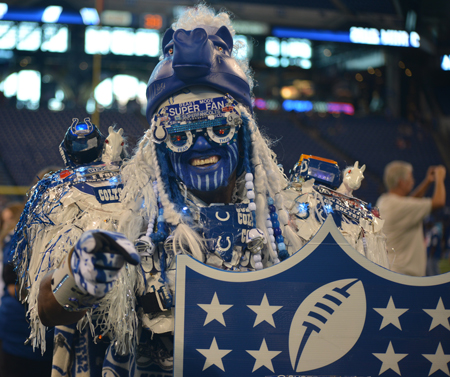 You can buy tickets for the VIP Tailgate. And Colts tickets as well! Stay updated on our promotions and giveaways, follow us on Twitter and Facebook.

And as always Go Colts!