It’s never too early to begin looking forward to the next Super Bowl… right? While we might be getting ahead of ourselves, it’s always fun to get a way-too-early look at some of the odds-on favorites, so we’re looking at the early favorites to make Super Bowl 53 in 2019 in Atlanta, Georgia. 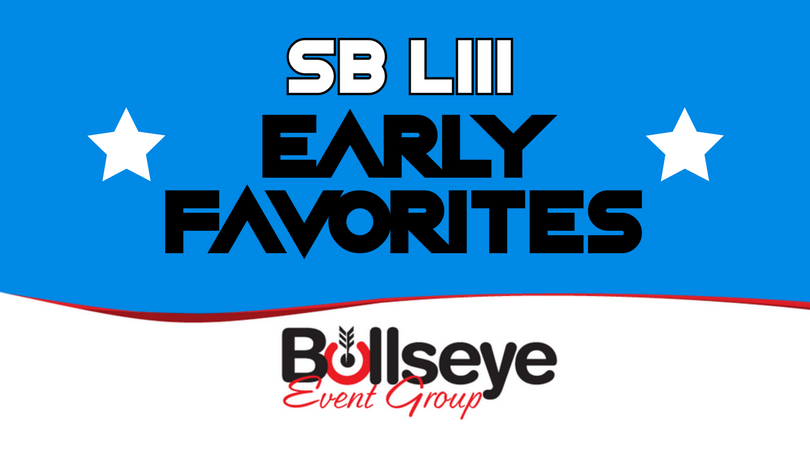 According to oddsshark.com and Bovada, despite a crushing loss in Super Bowl LII at the hands of the Philadelphia Eagles, a quarterback in his 40’s and a team that’s coming off of a reportedly tumultuous season, the New England Patriots (+600) are the early odds-on favorites for Super Bowl 53 in Atlanta. Following in second is the reigning Super Bowl champion Philadelphia Eagles (+650), who are followed by the Green Bay Packers (+1000), Pittsburgh Steelers (+1400), and the Minnesota Vikings (+1400).

The surprise of the early odds comes with the 6th team on the list, the young but up-and-coming San Francisco 49ers (+1600). After starting the 2017 NFL season at 1-10, the team completely reversed course with the acquisition of quarterback Jimmy Garoppolo.

Here’s a look at the complete early odds to win Super Bowl 53 in Atlanta, courtesy of oddsshark.com. 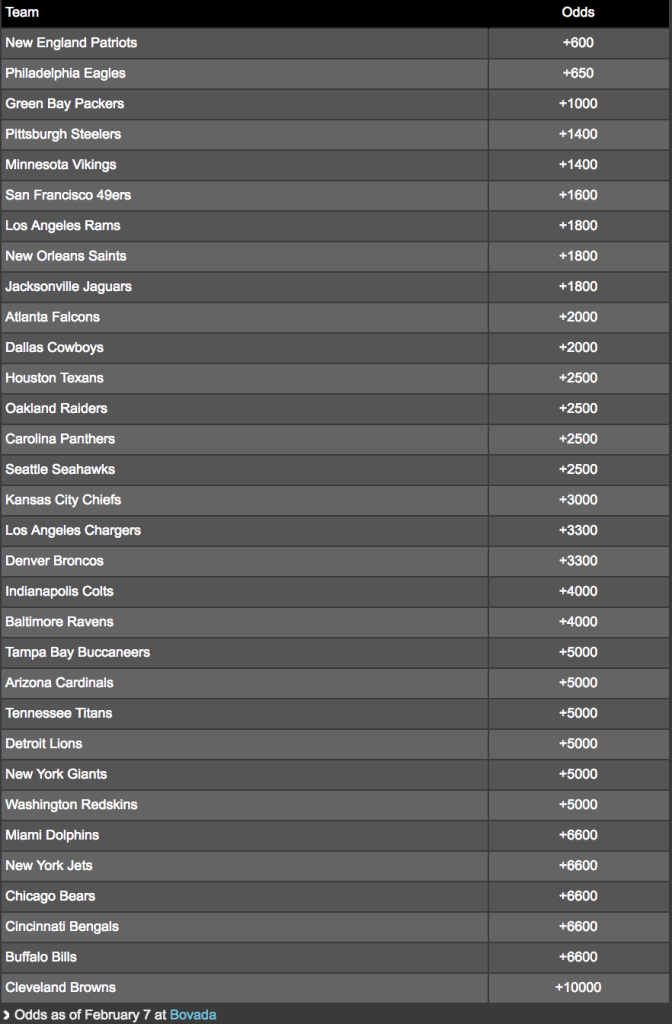 Although we’re still nearly a year from Super Bowl 53 in Atlanta, it never hurts to know where your team stands before free agency and the draft. Who knows… your team might just be hoisting that trophy in February 2019.

Click Here for Info on the 2019 Players Tailgate at Super Bowl 53 in Atlanta!