Football is all about tradition. There’s a lucky pair of socks that have to be worn. There’s a secret handshake which must take place. There’s a song which must be sung. Traditions extend to the pre-game celebrations. Football tailgates may come in a whole range of colors and styles, but here are some ideas for new good habits to pick up no matter which team you’re rooting for.


1. Give your neighbors a gift.

There’s a good chance neighboring cars will be adjacent for most of the day. So, talk to your neighbors, maybe offer them a brew. Compliment their setup. Make friends, get the same spot every game, or at least go for it, to get to know the people. Maybe, stop by their tailgate when you’re heading into the stadium. It’ll give you a chance to say hi. 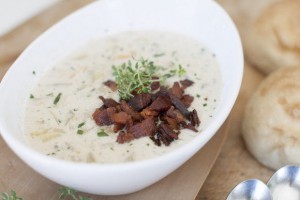 At each home game, try to match the visiting team’s local favorites. Friends try to bring food reminiscent of the away team’s style. So New England clam chowder might be served if the Patriots are in town. Or Kansas city BBQ might be the main course if the Chiefs are playing. Or maybe serve fajitas for a San Diego, or buffalo wings against the Bills.

Bleed the color of the team. Don’t just put a temporary tattoo on your cheek. Deck out everything in the team’s colors including the tailgate space. Add touches to your table, your cups, your games, your cooler, and even your car.

Create a massive list of songs to keep the music going through the whole tailgate. Put songs up to a vote with friends and family. Discover songs, with a special meaning or inside jokes, to put a smile on everyone’s face. And also avoid ballads.

Embrace what the city is known for, like looking very scary Oakland fans, or inventing new ways to keep warm Green Bay. But try and figure out something just you and your friends and family do for a tailgate. Perhaps it will be a 6 a.m. wake up call to scream, “go team.” Or maybe it will be standing on one foot if you say the name of the other team. But no matter what you’re traditions are, make sure to have a great time!


Or if you’re a Colts fan, join us for the great Colts VIP tailgate this season. And don’t forget your NFL tickets either!