With the 2018 Masters Tournament just weeks away, we’re taking a look at some of the greatest moments from the Masters of year’s past. First up, we head back to 1997 where a young up-and-comer named Tiger Woods introduced himself to golf immortality. 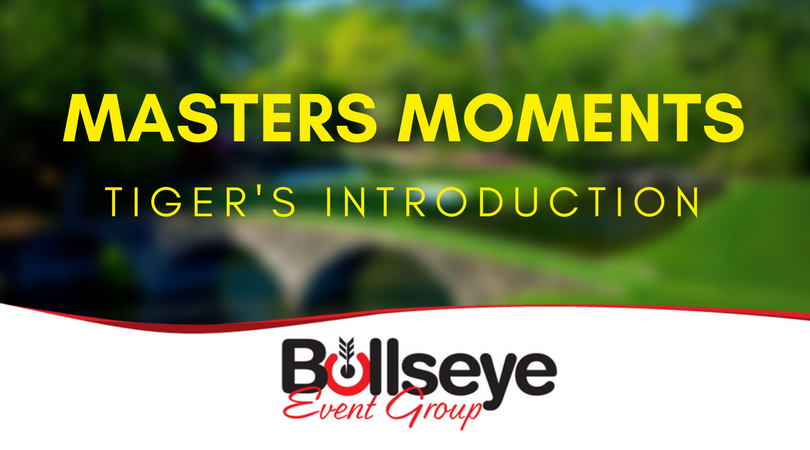 When the young Tiger Woods hit the PGA Tour circuit in 1996, there was always buzz that he was going to be the real deal. And at the 1997 Masters Tournament at Augusta National Golf Club, we finally got an early glimpse at the dominance that was sure to come. 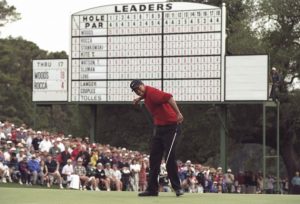 After finishing the first round in 4th place (-2) after shooting 70 on day 1, Tiger Woods would shoot 66 in the second round, rocketing him to the top of the leader board at -8, where he would stay for the remainder of the Masters. Woods would then shoot a blistering 65 in the third round, putting him nine-strokes above Costantino Rocca, who sat in second at -6, before shooting 69 on championship Sunday, giving him a 12-stroke (-18) victory over second-place finished Tom Kite (-6).

The 1997 Masters Tournament would be Tiger’s first major victory of his career, and would give Woods a margin-of-victory and four-day score record for the tournament. Woods was also the youngest player to ever don the green jacket at just 21 years of age.