As the NFL endured another wild week in the 2017 season, the Indianapolis Colts traveled to Nashville, Tennessee to take on the Titans on Monday Night Football in Week 6. 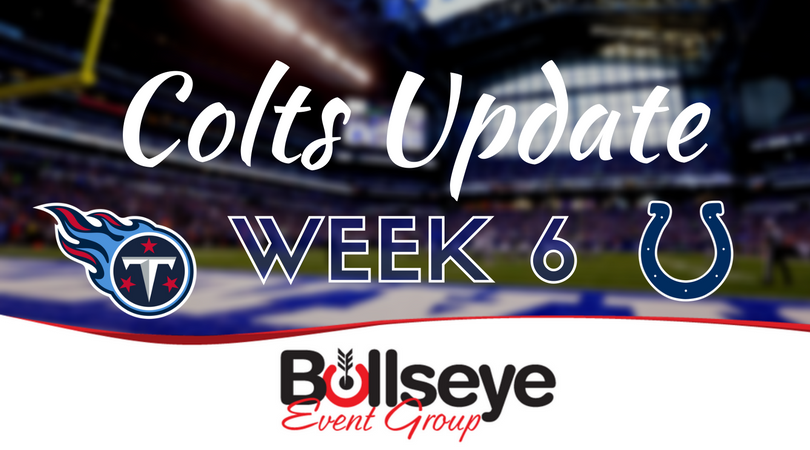 Not a new development in this young Indianapolis Colts season, the team held a 19-9 lead early on, after an interception return for a touchdown by linebacker John Simon (see below). However, the Colts would be outscored 27-3 in the second half, 21 of which came in the 4th quarter, eventually losing the game by a score of 36-22, with the final dagger coming on a late 70+ yard touchdown run from Titans running back Derrick Henry.

Colts have been outscored 85-22 in the fourth quarter this season.

Second-half struggles from this team aren’t exactly a new development, but for a restless fan base, they’re a discouraging one. The Colts have been outscore 85-22 in the 4th quarter so far this season, just six weeks into the young season. The loss in Tennessee puts the Colts alone at the bottom of the AFC South at 2-4, with the Titans, Houston Texans and Jacksonville Jaguars tied for first at 3-3.

It wasn’t all bad for the Colts on Monday night. Linebacker John Simon, an offseason signing by new general manager Chris Ballard, is appearing to be a solid piece in this young, developing defense.

Simon’s pick-six on Titans quarterback Marcus Mariota was an impressive feat, snagging the bullet right at the line of scrimmage and returning it for the Colts’ first defense touchdown of the game, giving the team a 10-point lead.

The Colts (2-4) return home in Week 7, facing another vital divisional matchup against the Jacksonville Jaguars (3-3) at Lucas Oil Stadium.