After a shutout in their first matchup at Lucas Oil Stadium in Indianapolis, the Indianapolis Colts looked to right the past wrongs as they traveled to Jacksonville to take on the division-rival Jaguars. 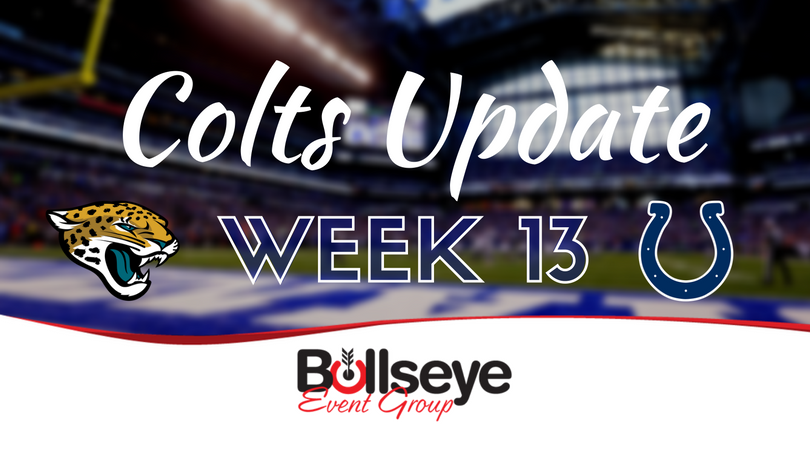 As the Colts fell to the Jaguars by a score of 30-10, dropping the team to 3-9 on the season, there was one bright spot in Sunday’s matchup for one of the most deserving players in the league.

Despite the loss on Sunday, the Colts aren’t mathematically eliminated from playoff contention yet, but that may change on Sunday night. According to NFL Network’s Ian Rapoport, both the Colts and Denver Broncos can be eliminated from contention if the Cincinnati Bengals defeat the Pittsburgh Steelers on Monday Night Football.

The #Bears have been eliminated from playoff contention, per @NFLResearch. With a #Bengals win against the Steelers on Monday, the #Broncos and #Colts will be eliminated.

With the impending playoff contention elimination, fans and the team begin shifting their focuses toward the offseason, where the team will look to not only regain a healthy Andrew Luck, but retool both sides of the football.

The Colts will stay on the road in Week 14, traveling to Buffalo to take on the Bills, before heading home in Week 15 for a Thursday Night Football matchup against the Denver Broncos.