After falling to 2-6 on the 2017 NFL season, the Indianapolis Colts looked to keep their slim divisional chances alive as they traveled to Houston to take on the division-rival Texans. 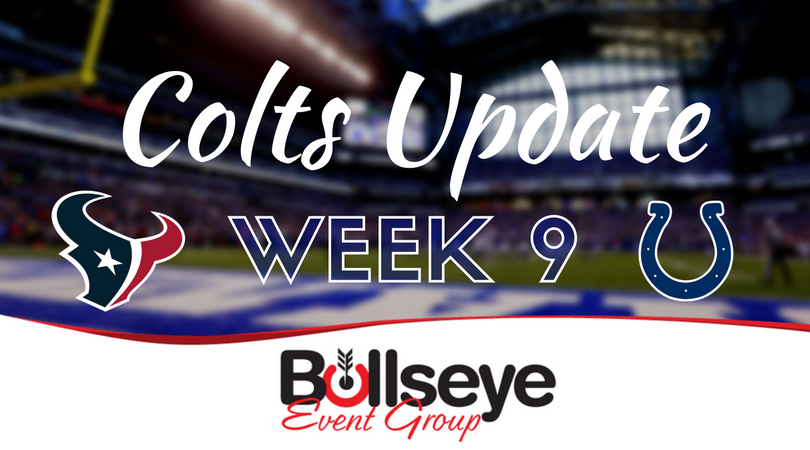 Holding On for a Win

With a 20-7 lead in the fourth quarter, Colts fans were in a familiar place; uncomfortable, with the Colts leading, hoping the team would survive a comeback. This time, however, the episode had a happy ending, as the Colts would hold on for a 20-14 victory, moving to 3-6 on the season.

The shining star of Sunday’s Week 9 matchup was wide receiver T.Y. Hilton, who managed to reel in two touchdowns and 175 yards on just five catches, a mere days after rumors of the receiver’s possible trade away from the team were swirling.

After news of Andrew Luck’s move to the injured reserve list and his resulting miss of the remainder of the season, the reigns of the team were officially handed to quarterback Jacoby Brissett for the rest of the season. And Brissett did not disappoint on Sunday.

Also, this is huge: Jacoby Brissett getting better every week (via @PFF) pic.twitter.com/Ts68uBMOZj

Brissett would finish Sunday’s victory with a 66.7% completion percentage, 308 yards and two touchdowns, including two beautiful throws to the aforementioned Hilton.

The Indianapolis Colts return home in Week 10 to face off against the Pittsburgh Steelers, before taking in their bye week the following week.