As we embark upon the quietest months of the NFL’s offseason, teams get to work behind the scenes preparing for the road to Super Bowl LII in Minneapolis. We’re taking a look at the Indianapolis Colts 2017 schedule, the marquee games, matchups and moments looking forward. 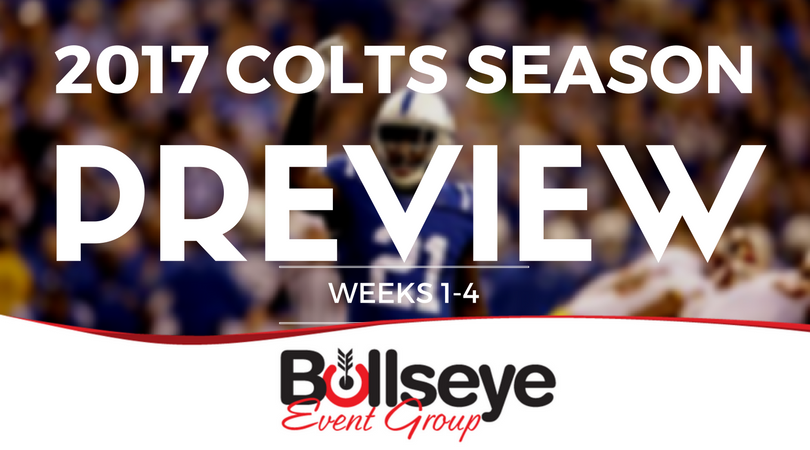 The Colts will travel to Los Angeles, California for the first time in decades to face the LA Rams, the newly-relocated team that formerly called St. Louis, Missouri home. Los Angeles is boasting a new head coach and a re-vamped roster, offering the also renovated Colts roster their first test of the 2017 NFL season. Fans will get a good early window into the re-tooled Colts defense as one of the best running backs in the entire league, Todd Gurley III, will look to lead the offensive attack for the Rams, lining up behind second-year quarterback Jared Goff.

A homecoming of sorts in Week 2, as former Colts offensive coordinator (and interim head coach) Bruce Arians leads his Arizona Cardinals into Lucas Oil Stadium for the home opener. Arians led the Colts to a 9-3 record in 2012 while current head coach Chuck Pagano underwent cancer treatment, instrumental in helping lead the team to their 2012 playoff berth. This game marks the second matchup between the two as head coaches, with the Cardinals taking a 40-11 victory against the Colts in 2013.

The #1 overall pick in the 2017 NFL Draft, Myles Garrett, makes his way to Lucas Oil Stadium in Week 3, in a game that Colts fans hope to seldom hear his name called. This will be the third time the Browns and Colts have met during current head coach Chuck Pagano’s tenure, with the Colts winning both previous meetings. Who will be lining up at quarterback for the Browns remains to be seen, but Colts fans hope quarterback Andrew Luck can take advantage of the Browns defense that helped lead the team to a 1-15 record in 2016.

Arguably one of the most anticipated matchups of the 2017 NFL season, the two brightest (QB) members of the 2012 draft class square off in a Sunday Night Football battle. Colts quarterback Andrew Luck holds a 1-0 advantage over Seahawks quarterback Russell Wilson, a 34-28 victory in 2013. This time, however, the teams meet at CenturyLink Field in Seattle, considered one of the most hostile environments in all the NFL, a game that is sure to test the Colts in communication, and a difficult matchup for the team’s young defense.