With new general manager Chris Ballard looking to add his own personal touches to the roster, the Indianapolis Colts are undergoing a massive face lift of sorts. Phase two of this re-tooling of the roster came in the 2017 NFL Draft. What are experts around the league saying about the Colts’ selections? 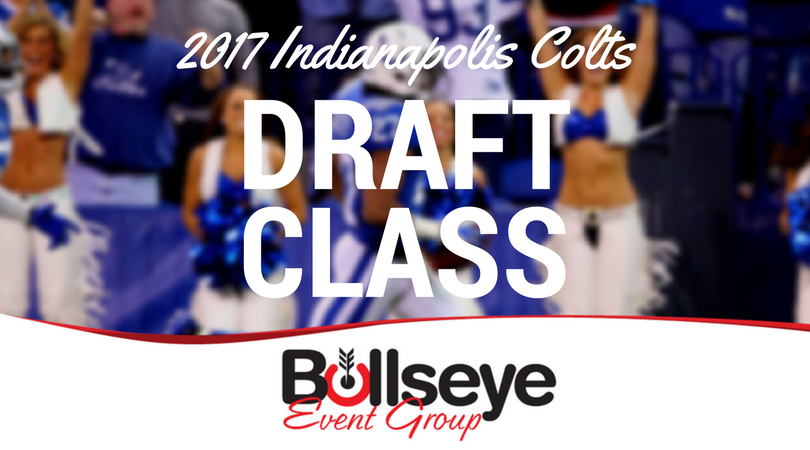 To recap, a look at the Indianapolis Colts draft class:

“Incredible value for the Colts at each of their first three picks: Safety Malik Hooker (No. 15 overall) and cornerback Quincy Wilson (46) should be instant starters in the secondary, while edge rusher Tarell Basham (80) at least can make an impact on passing downs. For a team whose defense picked off just eight passes last season and lost OLBs Erik Walden (free agency) and Robert Mathis (retirement), this was a critical restocking. RB Marlon Mack (Round 4) is a home-run threat to slot in behind Frank Gore, while fifth-round LB Anthony Walker has three-down potential. The only shoddy pick was OT Zach Banner, who faces a long road to being a serviceable NFL blocker.” To read the entire story, click here.

could have gone as high as No. 7, but the one-year wonder dropped to 15. He’s the best center fielder in his class, and some have compared him to Ed Reed, but Hooker needs to improve as a tackler. He’s a ballhawk who is recovering from having surgery in January to repair a torn labrum in his left hip and repair sports hernias. Ballard did a nice job addressing the defense, but there’s still a long ways to go. I also wouldn’t have minded a tight end to replace the departed Dwayne Allen.” To read Kiper’s NFL Draft grades, click here.

“The skinny: In the first round, the Colts got the rangiest safety prospect since Earl Thomas. They got very good value at No. 15 at a major position of need. It’s a big win for the Colts’ defense. Indianapolis had to be thrilled to get Quincy Wilson to help out Hooker in the secondary. Tarell Basham is a pass rusher who can covert power to speed on the edge; getting him in the third was a good deal. Indianapolis made very good back-to-back picks in the late fourth with running back Marlon Mack (slasher with more power than you’d think) and defensive tackle Grover Stewart (nose tackle with good footwork). Zach Banner was a stretch in the fourth round, though he could be a D.J. Fluker or Orlando Franklin-type guard. In the fifth, Anthony Walker provides strength in the middle of their defense. This was a well-executed draft.” To read more of Chad Reuter’s NFL Draft grades, click here.

“A tremendous draft. This is the kind of work that can totally change the complexion of teams — it’s funny how you can do that when you already have your quarterback. Malik Hooker and Quincy Wilson will be All-Pro caliber players for that defense. Tarell Basham is an intriguing third-round project. Great picks in RB Marlon Mack, CB Nate Hairston

, and LB Anthony Walker as well. Would have liked to have seen another offensive lineman taken to balance out the reach on Zach Banner, but that’s the only knock.” To read more of Dieter Kurtenbach’s NFL Draft grades, click here.