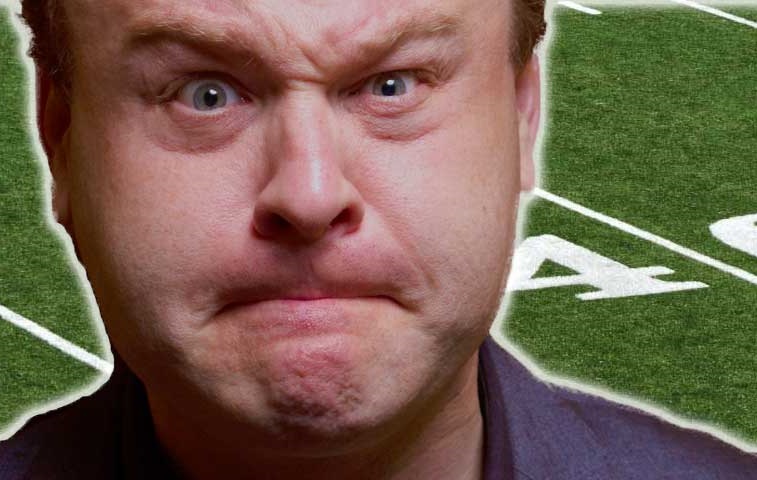 Caliendo joins emcee and ESPN SportsCenter anchor Lindsay Czarniak on stage to entertain the crowd. He will conduct some interviews with a few of the 25+ active NFL players in attendance with his spot-on impersonations of sports celebrities. Best known for his work on Fox NFL Sunday and MADtv, his comedic likenesses of sports personalities like ESPN commentator Jon Gruden, former NFL color commentator John Madden and sportscaster Jim Rome; athletes such as former basketball star Charles Barkley and actors Robin Williams, Morgan Freeman and William Shatner have made him a household name as well as a popular guest on talk and sports shows nationwide.

“We are thrilled to have Frank Caliendo perform at this year’s Tailgate,” says Bullseye Event Group representative Kyle Kinnett. “We have prided ourselves over the years with providing our guests something different than they get at any other tailgate out there. Adding Frank Caliendo is just another one of our efforts to continue to be the premiere pre-game experience on Super Bowl Sunday.”

About The Players Super Bowl Tailgate

The 2015 Players Super Bowl Tailgate takes place in a custom-designed, 29,000-square-foot tailgating venue at Tangers Outlets, within walking distance of University of Phoenix Stadium, on Sunday, February 1, 2015 from 11:00 a.m. to 4:00 p.m. Tickets can be purchased online at BullseyeEventGroup.com. Call 1-317-800-5820 to purchase tickets with a game day transfer.