Week 3 in the NFL! As the Indianapolis Colts hosted the Cleveland Browns at Lucas Oil Stadium, both teams were looking to secure their first win of the 2017 NFL Season. What we learned from the Colts’ 31-28 victory over Cleveland in Week 3. 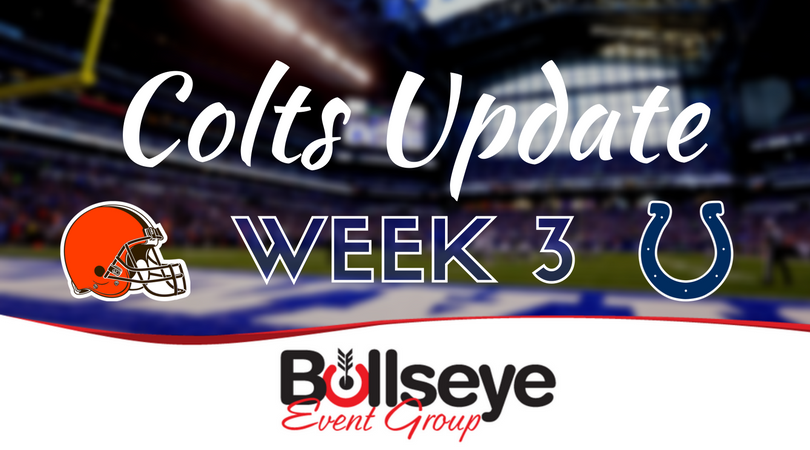 As the Indianapolis Colts continue to await the clearing of quarterback Andrew Luck to return to the field, QB Jacoby Brissett has officially taken the reins of the team, and is filling in quite nicely. Brissett had a career day on Sunday, throwing for 259 yards and one touchdown, while also gathering two touchdowns on the ground. Brissett became the first quarterback to throw for one touchdown and rush for two in the same game since 1974.

Despite almost blowing a lead late in the game, the Colts youthful defense once again looked like a unit full of potential in Week 3. Leading the way was cornerback Rashaan Melvin, who intercepted two Browns passes, as well as newcomer John Simon with one sack, and rookie Malik Hooker with his second-straight game with an interception.

Rashaan Melvin: Cut 5 times, a forgotten man in Indy since the day he arrived. 2 huge interceptions today. Good for him.

Among others who had strong showings was linebacker Jon Bostic, who swatted down a couple of passes, and standout rookie cornerback Nate Hairston, who had a couple of pass deflections in the game.

As the season progresses, the hottest news item of the season continues to be quarterback Andrew Luck’s rehab from offseason shoulder surgery. On Sunday, NFL Network’s Ian Rapoport said that he believes the team could be targeting a Week 6 return against the Tennessee Titans.

Nothing that's happened with #Colts QB Andrew Luck has given anyone doubt that he plays this year. … And keep an eye on Week 6 vs. #Titans pic.twitter.com/Zh1SzlJ2WF

The Colts will travel in Week 4 to face one of their toughest tests of the season, facing the Seattle Seahawks at CenturyLink Field on Sunday Night Football, before returning home in Week 5 for the reveal of former quarterback Peyton Manning’s statue and jersey retirement ceremony.