The 2018 Indianapolis Colts and Colts VIP Tailgating season are officially underway! On Sunday, after the first official Colts VIP Tailgate presented by Hays + Sons of the season, the boys in blue were back where they belong at Lucas Oil Stadium, facing off against the I-74 neighbor Cincinnati Bengals. 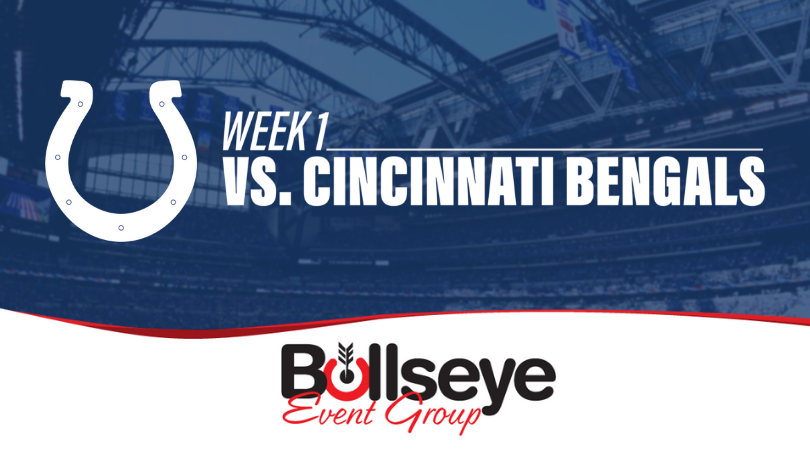 Luck Back in Action

A sight for sore Colts fans’ eyes on Sunday, quarterback Andrew Luck was back in action for his first regular season game since the 2016-17 NFL season, and Luck did not disappoint.

Despite an early red zone interception, Luck seemed to settle in and had no trouble sharing his passes throughout the Colts offense.

Luck finished the game with a career-high 39 completions on 53 attempts, for 319 yards, two touchdowns and the lone interception.

Despite looking solid on offense in the first half, and the defense holding Andy Dalton, A.J. Green and the at-times explosive Bengals offense at bay, it seemed to be a tale of two halves for the Colts.

After jumping out to a 23-10 lead, the Bengals would end the game scoring 24 unanswered points, including an 83-yard scoop-and-score off a Jack Doyle fumble on a late Colts drive to seal the game, resulting in the Bengals walking away with a 34-23 victory.

However, for Colts fans, although a familiar result, the team remained positive following the game, with head coach Frank Reich and quarterback Andrew Luck maintaining that while a disappointing result, the team walked away with plenty of positives.

The Colts hit the road for their first away game of the 2018 season, heading to FedEx Field to face the 1-0 Washington Redskins.