The Indianapolis Colts were only one game away from the Super Bowl last season, and expectations are running high for this year. The anticipated games come a bit later in the season this year. The Colts play previous dynasty leader, Peyton Manning and the Broncos in week 9. The Colts go up against the Patriots in week six in what will be a rematch of last year’s playoff ending run. Andrew Luck will continue to lead a high-scoring offense which is sure to make each game fun to watch. 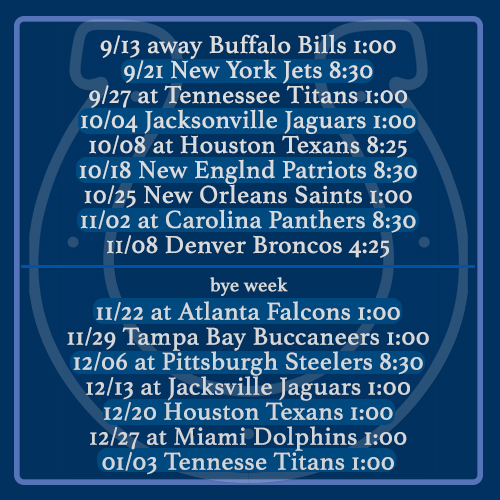 A great way to make the Colts game even better is attending the Colts VIP Tailgate! Before the game, enjoy an indoor/outdoor tailgate with a five star menu and an open top-shelf bar. Get signatures from Colts cheerleaders, watch pre-game HDTV coverage, and more. Tickets are available for individuals or for corporations. And don’t forget your Indianapolis Colts tickets either!