Bullseye Event Group is excited to reveal the incredible VIP menu for the 2017 Players Tailgate at Super Bowl LI in Houston on February 5, 2017. 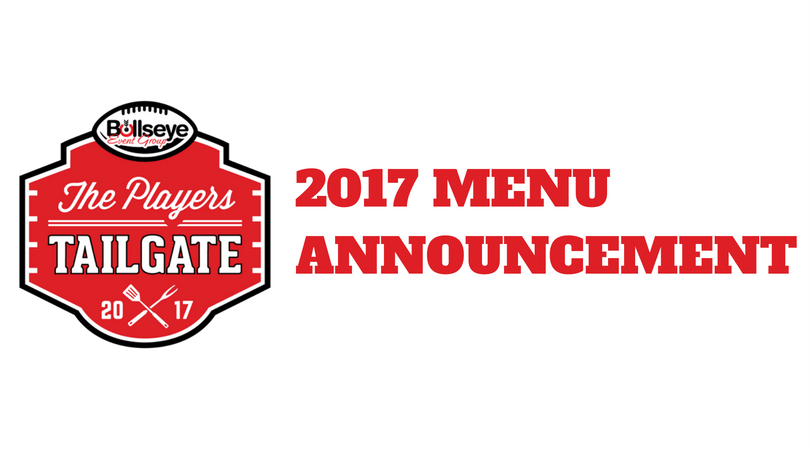 “I cannot wait to dig into this incredible menu that our amazing team of chefs has put together,” Bullseye CEO Kyle Kinnett said. “They say everything is bigger in Texas, and our menu lives up to that hype.”

With the Guy’s Burger Joint Burger station, Fieri brings his smashed all-beef burgers, with all the fixins, SMC (super-melty cheese), served on a garlic-buttered brioche and topped with a Flavortown favorite, donkey sauce.

With over 25 NFL players and some of the biggest celebrities, Bullseye’s 2017 Players Tailgate at Super Bowl LI will be the biggest and best pre-game tailgate in Houston. One of America’s favorite chefs, Guy Fieri, will be returning to create the VIP menu, joined by chefs Eddie Jackson, Aaron May, Douglas Rodriguez, Reno Henriques, Rodolfo Valdes and Pete Blohme. Alongside Fieri at Super Bowl 50 in San Francisco, the 2016 Players Tailgate featured Fox Sports reporter and emcee Erin Andrews, Victoria’s Secret model Adriana Lima, celebrity chefs May and G Garvin, over 25 all-pro NFL players and more.

Want to check the Super Bowl off your bucket list? Travel packages to Super Bowl LI in Houston are available now! Including some of the most luxurious hotels in Houston, a ticket to the 2017 Players Tailgate featuring America’s favorite chef, Guy Fieri, and Emmy-award winning ESPN anchor Jaymee Sire, and a ticket to the big game!