Our first VIP Colts Tailgate of the season was a blast! We had over one thousand devoted Colts fans (and some Jets fans too) come out to party with us before the first Indianapolis Colts home game. 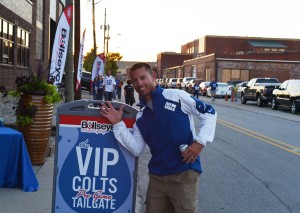 Past NFL players dropped by to visit. And two of the Colts cheerleaders came to say hello and take photos with fans. We had such a beautiful September evening in Indianapolis that both the outdoor patios were open. Brett Wiscons played guitar for the crowd enjoying the wonderful weather. Our emcee for the night, Laura Steele even held a hairiest Colts fan contest. ESPN’s 1070 The Fan with JMV and Big Joe Staysniak was on stage broadcasting live from the tailgate while everyone mingled and enjoyed some great food. 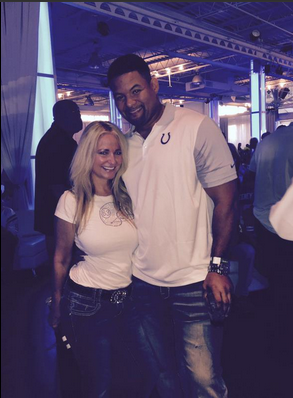 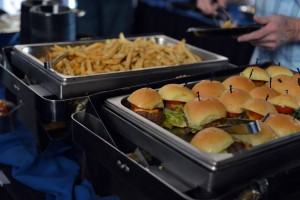 New this year was the Microsoft gaming area with 10+ gaming stations to play on. Microsoft Surface tablets were also on hand to sign people up for Draft Kings fantasy football. A silent auction with Colts signed memorabilia lined one of the walls. And a photo booth was set up with hilarious props for Colts fans to get their pictures taken.

It always hard when the party before hand is better than the game. But hopefully the Colts will find their rhythm and give us something to celebrate the next time they play in Lucas Oil Stadium.

Can’t wait to see everyone for the next VIP tailgate! Our tailgate starts three hours before kickoff and it’s only two blocks away from Lucas Oil Stadium at the Crane Bay Event Center. If you need Indianapolis Colts tickets to any of the games, we have those as well.