With NFL free agency officially in the rearview, teams are setting their sights on the 2020 NFL Draft. As we continue through the offseason, we’re looking ahead — beyond the 2021 Super Bowl in Tampa — at the future hosts of Super Bowls in 2022 and beyond. 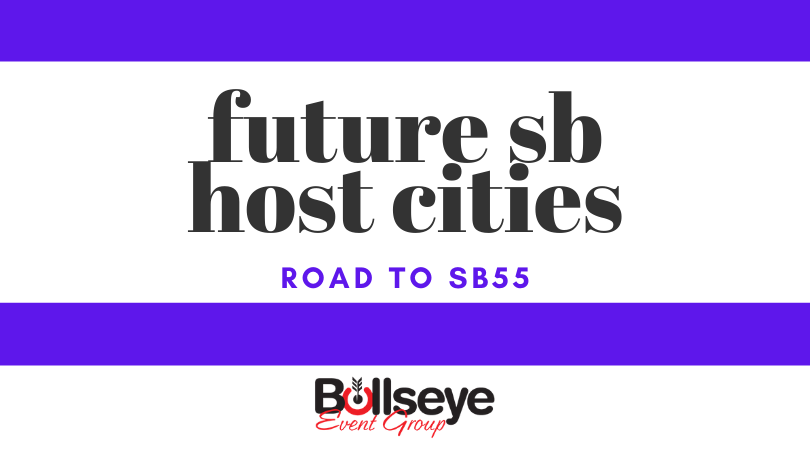 The Super Bowl is heading back to Los Angeles! Returning for the first time since 1993 and Super Bowl XXVII, Super Bowl 56 will be played at SoFi Stadium — the brand new home of the LA Rams and Chargers, which is slated for completion in 2020.

Super Bowl 57 is returning to Glendale, Arizona at State Farm Stadium in 2023! The city’s third time hosting the Super Bowl (and Arizona’s fourth time), the home of the Arizona Cardinals will once again be the center of the football world.

The city of New Orleans will host their record 11th Super Bowl in 2024, their 8th in the famed Mercedes-Benz Superdome (previously the Louisiana Superdome). One of the most popular Super Bowl city hosts, fans will get to experience the incredible New Orleans culture on the NFL’s biggest stage.