The Road to Super Bowl 53 in Atlanta in 2019 is well underway in the NFL, with teams beginning the free agency signings and turning their eyes towards the 2018 NFL Draft in April. As teams move forward, what are some of the biggest areas Indianapolis Colts general manager Chris Ballard might look to address in the coming months? 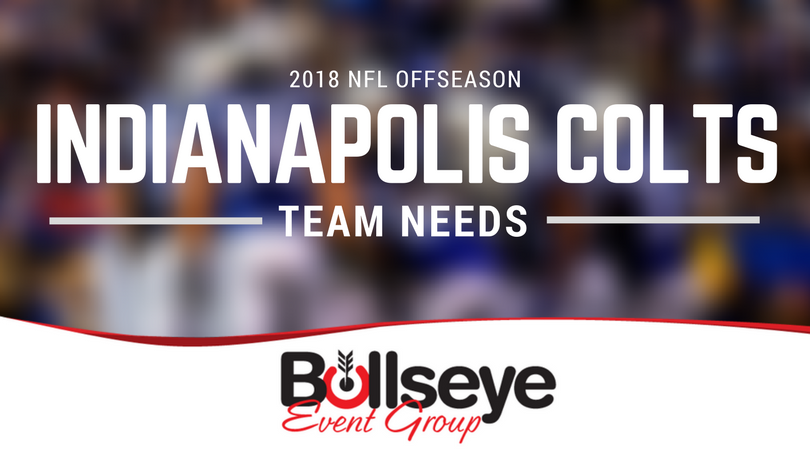 If you’ve watched any Indianapolis Colts football over the last several years, the biggest problem you’ve seen is consistency among the offensive linemen, which would eventually lead to quarterback Andrew Luck’s missing the entire 2017 NFL season. So with the team looking to bolster their QB protection, combined with guys like guard Jack Mewhort expected to leave via free agency, expect Ballard to be busy on either the secondary free agency market, or in drafting big linemen throughout the 2018 NFL Draft.

For years, the Colts’ key weaknesses have come along the defensive front-seven, whether that mean a lack of ability to stop the run, or not being able to put pressure on the opposing quarterbacks. And after fan-favorite Robert Mathis’ retirement at the end of the 2016-17 NFL season, the team has lacked a premier pass rusher that can do just that—put pressure on the other side of the football. The choice to not re-sign linebackers Barkevious Mingo and Jon Bostic, as well as the release of defensive tackle Jonathan Hankins, leaves the Colts relatively bare when it comes to talent on the defensive front-lines. Expect the defensive side of the ball to be a big focus for Ballard throughout both the NFL Draft and free agency.

Despite drafting young guys in 2017 in safety Malik Hooker and cornerback Quincy Wilson, the Colts find themselves thin when it comes to players in the secondary. The departures of Vontae Davis (release) and Rashaan Melvin (signed with Oakland Raiders), the Colts’ two leading corners in 2017, leave a massive side on both sides of the field, while corner/safety Darius Butler remains a free agent.

After letting go of wide receiver Donte Moncrief (signed with Jacksonville Jaguars), the Colts have just two wide receivers on the active roster; T.Y. Hilton and Chester Rogers. And with plenty of big receiving options both left on the free agency market and in the upcoming draft, the Colts will have to start making some moves to give quarterbacks Andrew Luck and/or Jacoby Brissett some new targets. The team reportedly hosting former Lions tight end Eric Ebron earlier this week.