The 2018 NFL Draft has officially closed, and that means teams now have a better idea of what their rosters will look like on the path to Super Bowl 53 in Atlanta. After a somewhat-quiet free agency period and plenty of anticipation and rumors, how did the NFL Draft impact the 2018 Indianapolis Colts moving forward? 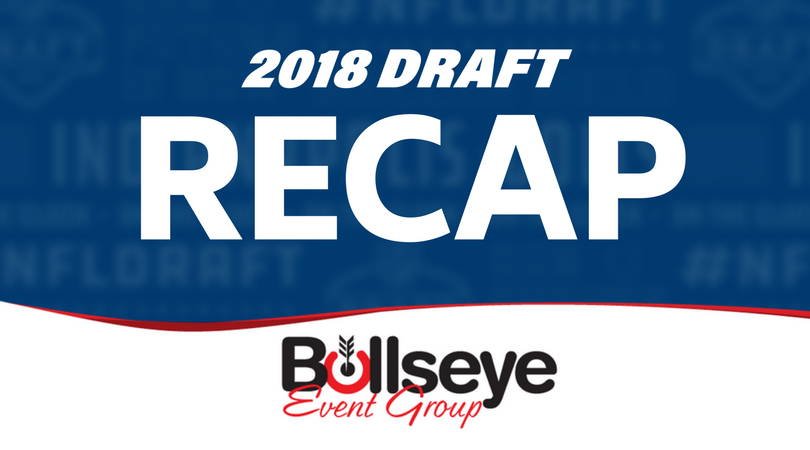 “Nelson doesn’t play a headline-grabbing position, but he plays a position of significant need for the Colts. It has been obvious over the years that the Colts have struggled on the offensive line, as they gave up an NFL-high 56 sacks last season, and poor play up front has played a factor in quarterback Andrew Luck missing 28 games over the past three seasons. The 3.7 yards per rush by the Colts ranked 28th in the NFL last season. Nelson excels in zone and gap-run schemes, according to coach Frank Reich.” – Mike Wells, ESPN.com

“He’s here, in short, because of the speed. New coordinator Matt Eberflus’ 4-3 scheme will rely on linebackers who can run and hit, and cover sideline-to-sideline. They believe Leonard can grow into that player. I thought he stood out. His speed, his athleticism, his ability to cover … we thought he was the fifth-best ‘backer in the draft and we thought he has big upside.” – General Manager Chris Ballard, via IndyStar

“Smith, another team captain, is a mauler who dominates with size, strength and toughness. Though his lack of reactive quickness can be a problem against speed-rushers, Smith’s technique, tenacity and power are enough to win most downs. He joins Nelson and Kelly to give Indianapolis one of the nastiest interior offensive lines in football.” – Joe Hopkins, FOX 59 Indianapolis

“Pass-rusher has been a position of need for several years for the Colts. They haven’t had a legitimate one since Robert Mathis had 19.5 sacks in 2013. Turay had an impressive freshman season at Rutgers, recording 7.5 sacks. But consistency was an issue for Turay, who played standing up a lot. He had only seven sacks total in his final three college seasons. Part of the reason Turay was inconsistent was because he underwent two shoulder surgeries while in college.” – Mike Wells, ESPN.com

“The effort to upgrade a pass rush that finished with the second-fewest sacks in 2017 (25) continues with the selection of Lewis. The two-time team captain is a power-rusher with solid get-off, good length and the ability to attack the quarterback from the interior on passing downs. He needs to improve versus the run.” – Joe Hopkins, FOX 59 Indianapolis

“Speed, speed and more speed. Hines’ 4.38 40-yard dash was the fastest among running backs during the combine. Hines fits in with coach Frank Reich’s offensive system of moving players around the field to force mismatches. Hines spent his first two seasons as a receiver at NC State before moving to running back last season. He describes his style of play as similar to Darren Sproles, Christian McCaffrey and Alvin Kamara. Hines rushed for 1,113 yards and 12 touchdowns last season at North Carolina State. Hines will also have the opportunity to be a return specialist for the Colts.” – Mike Wells, ESPN.com