Now in the second week of the NFL’s free agency period, teams are beginning to finalize their roster decisions for the 2017-18 NFL season. And with sights set on Super Bowl LII in Minneapolis, the next step is determining which of the incoming rookies best fit each team’s needs. Here are some of the experts’ thoughts on the top five picks in the upcoming 2017 NFL Draft. 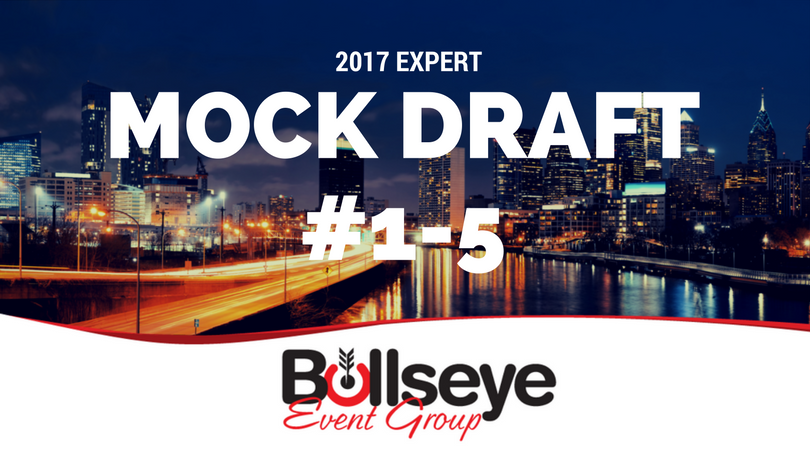 “This should be a no-brainer for the Cleveland Browns after the three years Myles Garrett put on tape at A&M and the all-world performance he showed at the combine. But these are the Browns we’re talking about, and no one in the NFL has much faith in the team to do the right thing.” – Matt Miller, Bleacher Report

“John Lynch and Kyle Shanahan might figure out a way to snag Kirk Cousins from perennial franchise tag-dom in D.C.—I have a feeling trade rumors will persist—but I’m more inclined to believe the new regime will try to build the roster elsewhere. That said, the rebuild may be a slow burn, and that means Lynch might not over-draft for a quarterback here. Instead, how about addressing the secondary? Former first-rounder Jimmie Ward might be switching to safety in San Francisco’s new Cover 3-heavy defense, and Lattimore would be a stud starter to plug in at cornerback, for 2017 and many years to come.” – Emily Kaplan, MMQB

“Trubisky has the best accuracy in the 2017 class, and while he won’t have the best 40 time or strongest arm, NFL evaluators I’ve spoken to in the last week raved about his leadership and football IQ. If general manager Ryan Pace and head coach John Fox see those same traits, they should be all over Trubisky as the new franchise quarterback.” – Matt Miller, Bleacher Report

“The Jaguars are in desperate need of a pass rusher and there’s an argument that Thomas is the best defensive player in this draft. He’d join a defense that drafted Jalen Ramsey and Myles Jack last season and Dante Fowler in 2015.” – Ryan Wilson, CBS Sports

“In Hooker, the Titans address their biggest weakness, the secondary. Scouts rave about his ball skills and instincts—he gets Ed Reed comparisons. With two picks in the first round, and three top-tier wide receiver candidates available, Tennessee will grab a go-to target for Marcus Mariota later (see pick No. 18).” – Emily Kaplan, MMQB