With the focal points of the 2017 NFL offseason well behind us, teams are beginning to shift their focuses towards the elusive Lombardi Trophy and Super Bowl LII in Minneapolis. Which teams walked away from April’s 2017 NFL Draft as the biggest winners and most improved, according to the experts? 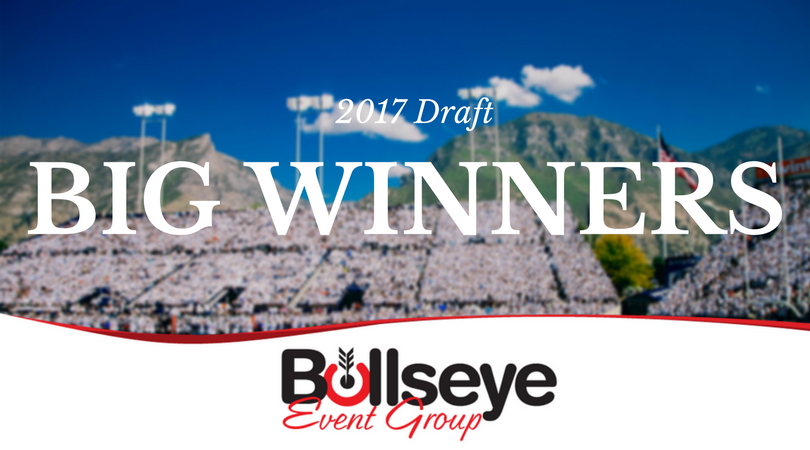 “The surprise team of the 2016-17 NFL season, the Dallas Cowboys, focused the majority of their NFL Draft selections on the defensive side of the ball, utilizing defensive players with seven of their nine draft picks. “While the first round pick was solid — not great, not bad — it was the value on days two and three that qualifies the Cowboys for this list. Dallas revamped the secondary with Awuzie and Lewis on day two, adding White later in the sixth round. But the best value was landing Woods in the sixth. The Cowboys traded a future fifth round pick to get back into this draft and get the former Louisiana Tech safety as they try to recreate last year’s outstanding value when they grabbed corner Anthony Brown in the sixth round.” – Dane Brugler, CBS Sports

“The Arizona Cardinals, much like the Dallas Cowboys, utilized the historically deep defensive selections in the 2017 NFL Draft to bolster the defensive side of the football. “The Cardinals defense gets even nastier with the addition of Haason Reddick and Budda Baker. Arizona added some nice upside prospects on Day 3.” – Kristopher Knox, Bleacher Report

“Despite trading away their first-round selection in the 2016 offseason to the Philadelphia Eagles, a trade that brought in quarterback Sam Bradford, the Minnesota Vikings managed to find great value with the picks they did have. “(The Vikings) still managed to get first-round value in running back Dalvin Cook. I think he can be a star in the NFL, and trading a fourth-round pick to get him was worth it. On the field, he’s a playmaker who runs with speed, shiftiness, and enough power. The Vikings needed help on the offensive line, and they got it in Ohio State’s Pat Elflein. Whether it’s guard or center, he’s a starter on the line. He’s a tough and instinctive blocker who could become one of the leaders on the team.” – Dan Kadar, SB Nation

“The San Francisco 49ers managed to trade all around the draft and stockpile picks, both for this draft and the future, under rookie general manager John Lynch. “Maybe don’t mess with the new guy? With the second pick in a wide-open draft, Lynch knew he had the league in the palm of his hand, and the moment wasn’t too big for him. San Francisco’s first-year GM got the Bears to pull the trigger on a costly trade up for Mitchell Trubisky, then landed a player the 49ers needed at pick No. 3 anyway in Stanford star Solomon Thomas, and then jumped back into Round 1 to get another top-five talent in Reuben Foster. Not bad for a greenhorn—we’ll just look past that QB depth chart for a year.” – Eric Single, Sports Illustrated

For a full recap of winners and losers from Dane Brugler of CBS Sports, click here.

For a full recap of winners and losers from Kristopher Knox of Bleacher Report, click here.

For a full recap of winners and losers from Dan Kadar of SB Nation, click here.

For a full recap of winners and losers from Eric Single of Sports Illustrated, click here.