Just over a week and a half until the 2017 NFL Draft, we’re taking a look at who the experts think might be the big winners in the first round. A look at picks #16-20 in next Thursday’s NFL Draft from Philadelphia, PA. 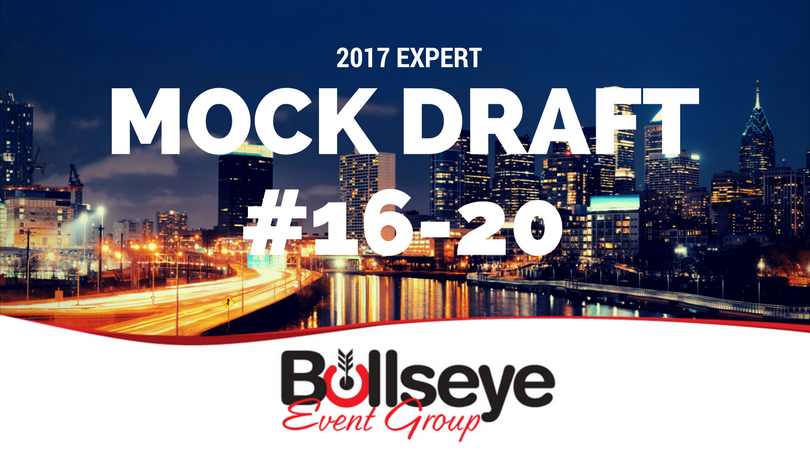 “In the NFL, Charlton will be whatever a defensive coordinator wants him to be. Baltimore’s Dean Pees will love Charlton’s length (he measured just under 6’6″ at the combine) and athleticism. He could be a great playmaker against the run.” –Emily Kaplan, MMQB

“Peppers is a safety-linebacker hybrid who fills an obvious need in the Redskins’ secondary. He’s so versatile, in fact, that some scouts think he can play on both sides of the ball, and return kicks too.” –Ryan Wilson, CBS Sports

“The tape shows Conley as a complete cornerback and that’s what the Titans need. In Tennessee, Conley could be the No. 1 cornerback as a rookie. Pairing him with Jamal Adams and Kevin Byard makes this one of the NFL’s best up-and-coming secondaries, too.” –Matt Miller, Bleacher Report

“(Albert) Breer has alluded to some off-the-field concerns teams have about Cook, but his talents cannot be understated. Cook has been compared to everyone from Jamaal Charles to Fred Taylor. A dynamic weapon as a runner or when he splits out wide, he’d make an offense already featuring Jameis Winston and Mike Evans very difficult to game-plan for.” –Emily Kaplan, MMQB

“The Denver Broncos need an answer at left tackle and Bolles can be the solution. He’s shown incredible improvement since stepping onto the Utah campus last August and has the athletic tools and work ethic to continue developing into a solid starter.” –Matt Miller, Bleacher Report