The 2016 Masters Tournament at Augusta National Golf Club is just under a week away and as we march towards a tradition unlike any other, the field looks more interesting than ever.

Four-time Masters champion and fan favorite Tiger Woods announced Friday he will not be participating the 2016 Masters tournament. Woods has undergone two back surgeries in nine months and has not played competitively since August.

In a statement on his website, Woods stated he did not feel “physically ready” for the competition.

Despite his recent struggles, Woods’ status as fan and media favorite alike always brings a buzz to tournaments. Woods’ absence from the Masters will be noticed, the first in several years fans won’t be seeing Tiger’s classic championship Sunday red polo.

Reigning Masters champion and fan favorite Jordan Spieth will look to not only defend his 2015 green jacket, but also looks to build upon his momentum created in 2015. Spieth hadn’t cracked the top 10 of the official World Golf Rankings until last year, surging to 1st overall before recently dropping to 2nd behind Jason Day.

Every year, a sleeper seems to emerge from the ranks to contest a fan favorite or proven world #1. And sometimes, like Zach Johnson in 2007, they come out on top a Masters champion. Who will play the role of spoiler in 2016 remains to be seen.

Headed to Augusta for the 2016 Masters? We’ve got the first ever Bullseye Gate 6 Hospitality tent, located just a short walk from the front gate of Augusta National. Enjoy all-you-can-eat spreads, an open premium bar, luxury lounge seating and more from 7am-7pm, Wednesday through Sunday! 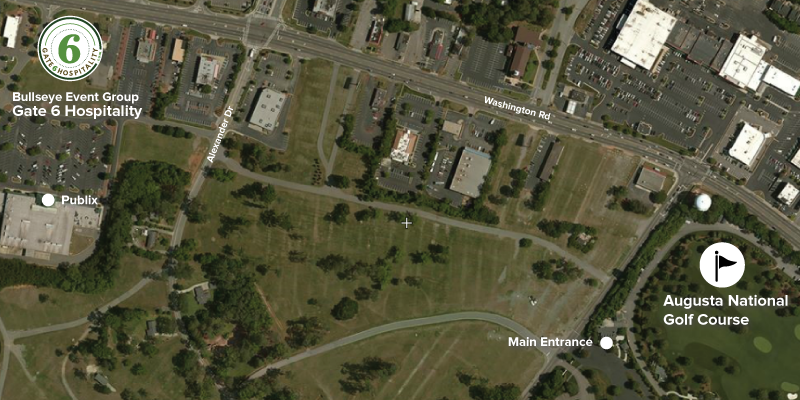