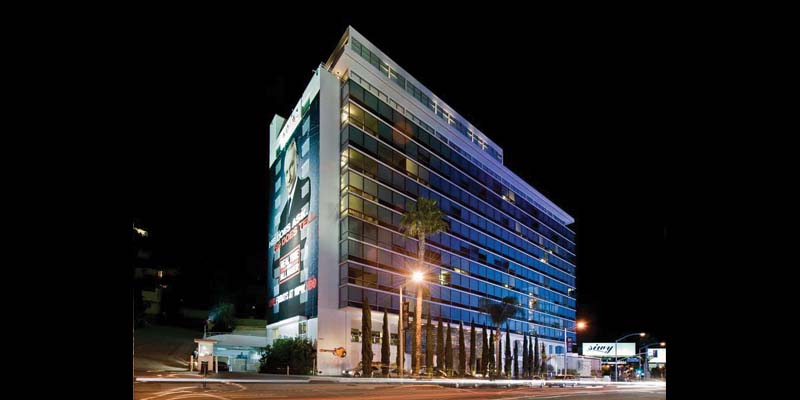 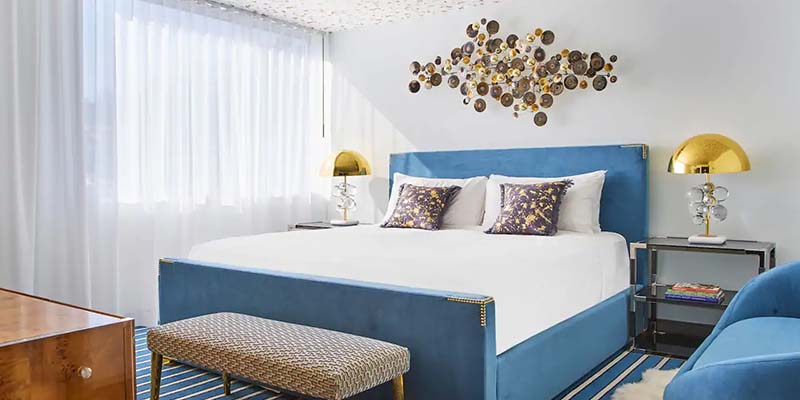 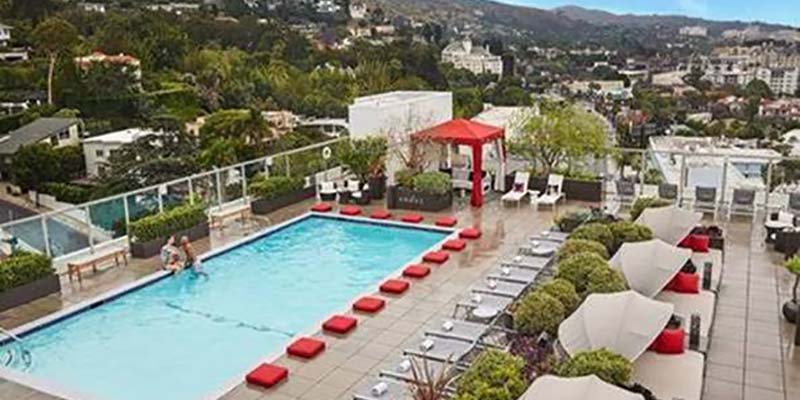 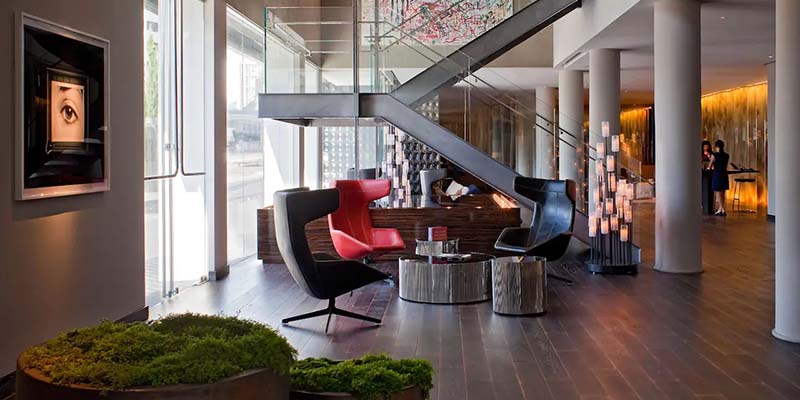 There are good locations and then there is “THE LOCATION”. The Sunset Strip is the location in LA for Super Bowl. Hyatt Andaz West Hollywood serves as an eclectic gateway to nightlife on Sunset Strip, Hollywood, Beverly Hills, and other fashionable neighborhoods. Elevate your LA Super Bowl experience at this iconic Sunset Strip property
Gene Autry opened the first high-rise hotel on the Sunset Strip in 1963, the neighborhood was fairly quiet—the Whisky A Go Go had not yet opened. The Sunset Strip became the epicenter of American rock ‘n’ roll with more than 20 clubs catering to an increasingly wild youth culture in the 70’s. The Continental Hyatt House, the hotel earned its nickname “the Riot House” from the many bands that stayed and sometimes lived there, throwing legendary parties that took over multiple floors and creating the prototype for rock excess. Jimi Hendrix, Led Zeppelin, Jim Morrison, Rolling Stones, Guns N’ Roses’ you name it they stayed here. In 2009 the hotel became the newly renovated Andaz West Hollywood, the balconies had been turned into glass-enclosed sunrooms and its decades of debauchery had ended, but its sleek makeover artfully honors its place in rock ‘n’ roll history.

Andaz West Hollywood pays tribute to its past with photos of Jerry Garcia and Janis Joplin in the lobby as well as two colorful murals on the 14th floor—one depicting an electric guitarist and another of a man playing piano (inspired by Little Richard). During Super Bowl weekend don’t miss the on-site bar and restaurant, aptly named Riot House.